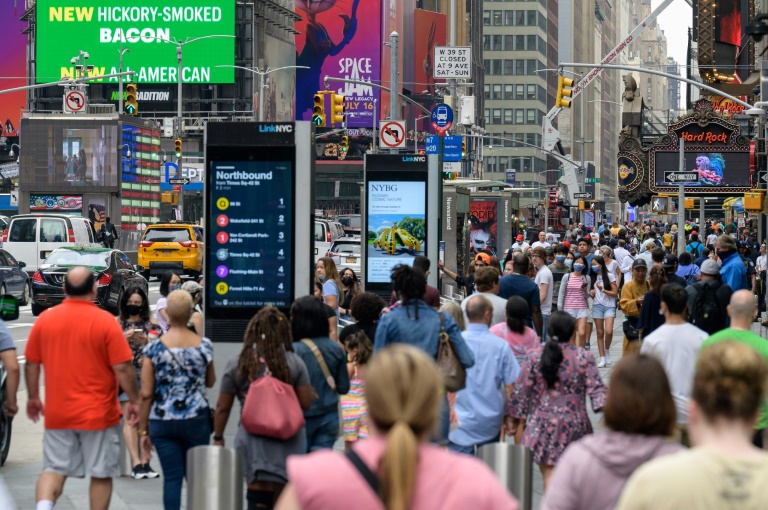 By contrast, the Dow Jones on Wall Street was down 0.3 percent as investors digested the latest inflation data and what implications it might have on the Federal Reserve’s plans to tighten monetary policy.

Traders were also awaiting the release of minutes from the Fed’s most recent gathering and the start of the US earnings season, while fears of a global energy crunch continued to weigh on sentiment.

“Fed minutes will tell us more about how much inflation is a worry — we know the taper is coming, the question is how quickly the Fed moves to tame inflation by raising rates,” said Markets.com analyst Neil Wilson.

US Labor Department data showed that inflation remained at a high 5.4 percent in September compared to the same month last year.

With the world’s top economy well on the recovery track, the US central bank has already signalled it will begin to wind back the massive financial support put in place at the start of the pandemic.

But supply chain bottlenecks, surging demand fuelled by reopenings and spiking fuel costs have sent inflation soaring in recent months, putting pressure on bank chiefs to act to prevent prices from running out of control.

An extended period of higher-than-targeted inflation is ramping up expectations that the Fed will have to lift interest rates after it has finished tapering its massive bond-buying programme.

Tokyo, Sydney, Manila and Taipei edged down, though there were gains in Seoul, Singapore, Mumbai, Jakarta and Wellington. Hong Kong was closed because of a typhoon in the city.

Shanghai rose after better-than-forecast export data and ahead of Thursday’s release of China’s inflation data.