In the current international energy environment, one would guess that Canada’s oil sands may be bad for business, and with global companies abandoning the rich oil field at a time of low prices and some huge losses, according to Climate Central, it is a pretty good guess that producing one of the world’s dirtiest fossil fuels may be behind the exodus.

Global energy companies that have left Canada
In December 2016, Norwegian oil giant Statoil ASA struck a deal with Calgary-based Athabasca worth $435 million in cash plus the issue of 100 million Athabasca shares worth about $147 million, which Statoil said would be treated as an investment. The sale included Statoil’s six-year-old Leismer thermal oil sands project plus the proposed Corner oil sands project, 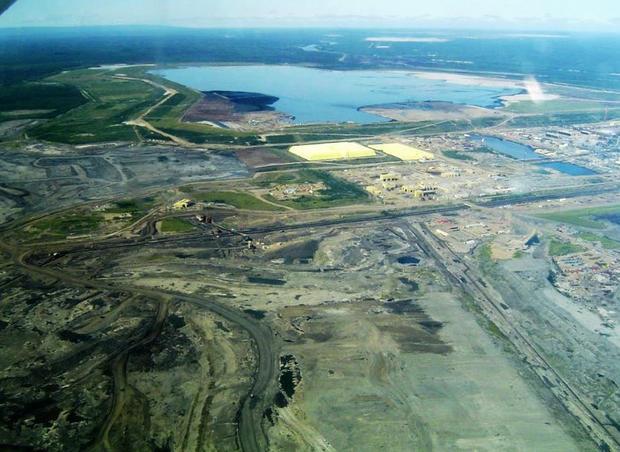 This is a picture of Syncrude’s base mine. The yellow structures are the bases of pyramids made of sulphur – it is not economical for Syncrude to sell the sulphur so it stockpiles it instead. Behind that is the tailings pond, held in by what is recognized as the largest dam in the world. The extraction plant is just to the right of this photograph and most of the mine is to the left.
Tastycakes

A real “blockbuster” of a deal took place on March 7, 2016, when Canadian Natural Resources acquired most of Royal Dutch Shell’s oil sands holdings and half of Marathon Oil’s minority stake in the Athabasca Oil Sands Project in Alberta. The deal went for C$12.74 billion.

Later the same month, ConocoPhillips signed a $13.3 billion deal to shed itself of its Canadian assets with Cenovus, a Canadian company taking over their oil sands and western Canadian natural gas holdings. ConocoPhillips will still retain a 50 percent interest in the Surmont oil sands project, a joint venture with Total E&P Canada, and its Blueberry-Montney shale assets, according to The Star. 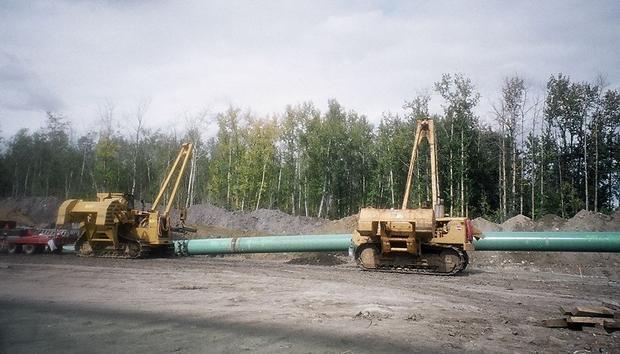 File photo: A pipeline under construction from Fort McMurray, AB to the Scotord Plant in Fort Saskatchewan
Karl Gotthardt

In the latest news on American-based energy companies, Chevron is seriously considering selling its 20 percent stake in Canada’s Athabasca Oil Sands project, which some experts say could go for about $2.5 billion, According to Reuters, Canadian Natural may be a logical buyer, although Canadian Natural is not making any comments.

While many are expressing concerns over the number of companies pulling out of the oil sands, Alberta’s Prime Minister, Rachel Notley told reporters: “What’s going on frankly in the oil sands is you’re seeing a reorganization, you’re not seeing people pull back investment per se.”

And there is no doubt that foreign companies are in the process of reorganizing their portfolios and looking closely at their bottom lines. Oil sands are among the most expensive sources of oil and some of the dirtiest of fossil fuels. Extraction of the oil produces more greenhouse gas emissions than most drilling and fracking processes. 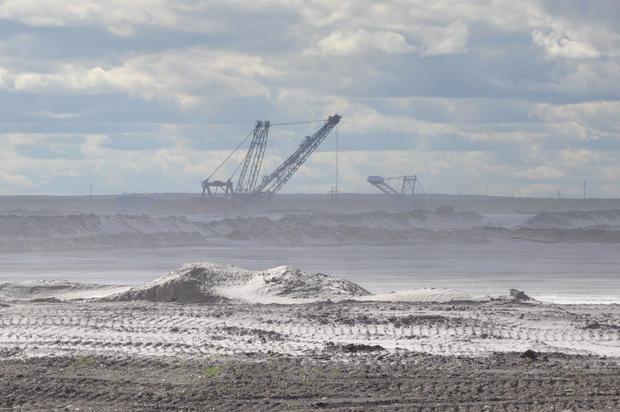 This is an unfolding story in many respects as Canadian energy companies do their own reorganizing and the price of oil on the world market continues to see-saw. Jennifer Winter, an energy economist at the University of Calgary’s School of Public Policy says, “If there are fewer investors in the oil sands, or there’s more concentration with the exit of these multinationals, it means that unless the companies operating in the oil sands are able to attract significant amounts of outside capital, it’s probably going to be slower growth than if Shell or ConocoPhillips stayed. The oil sands are going to continue to be one of the marginal production areas for the near future.”