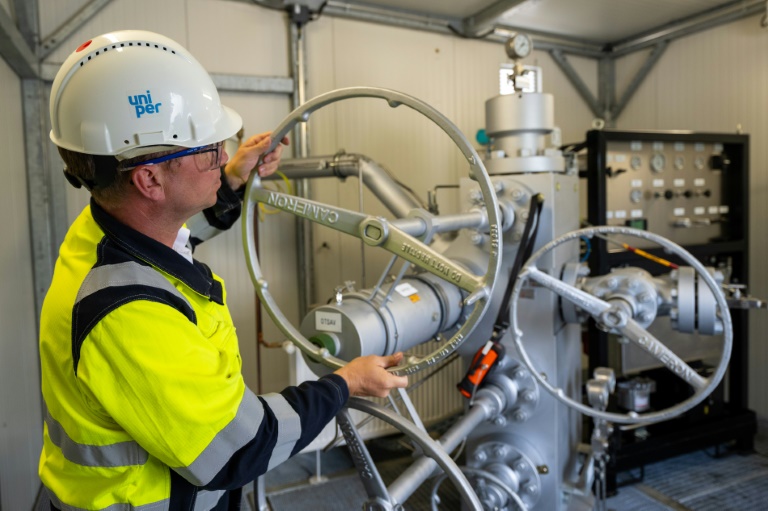 Germany has reached a deal to nationalise troubled gas giant Uniper, the government said Wednesday, as the energy sector reels from the fallout of Russia’s war in Ukraine.

Berlin and Uniper’s Finnish owner, Fortum, announced a deal that will leave Germany with a 98.5 percent stake in the debt-laden gas company.

“Uniper is a central pillar of German energy supplies,” the economy ministry said in a statement.

Under the agreement, Berlin will inject eight billion euros ($8 billion) in cash in Uniper and buy Fortum’s shares for 500 million euros.

Fortum will also be repaid for an eight-billion-euro loan it gave Uniper.

“Under the current circumstances in the European energy markets and recognising the severity of Uniper’s situation, the divestment of Uniper is the right step to take, not only for Uniper but also for Fortum,” said Fortum chief executive Markus Rauramo.

“The role of gas in Europe has fundamentally changed since Russia attacked Ukraine, and so has the outlook for a gas-heavy portfolio. As a result, the business case for an integrated group is no longer viable,” Rauramo said in a statement.

One of the biggest importers of Russian gas, Uniper has been squeezed as Moscow has reduced supplies to the continent in the wake of its invasion of Ukraine in February.

Missing deliveries have had to be replaced with expensive supplies from the open market, where prices for gas have skyrocketed.

Fortum said Uniper has accumulated close to 8.5 billion euros in gas-related losses “and cannot continue to fulfil its role as a critical provider of security of supply as a privately-owned company”.

The German state had already agreed in July to take a 30 percent stake in Uniper as part of an initial bailout agreement.

But Uniper announced earlier this month that the two sides were exploring a possible nationalisation as the energy crisis showed no signs of abating.

Fortum provided an eight-billion-euro loan to Uniper in January as the price of gas had already begun to climb amid tensions with Moscow before the invasion of Ukraine.

The Finnish company held a near-80-percent stake in Uniper, which would have been cut to around 56 percent under the July bailout plan.

Earlier in September, the German government entered into discussions with another gas supplier, VNG, over a possible bailout package.

Russia’s war in Ukraine has triggered an earthquake on European energy markets, cranked up the pressure on suppliers and raised fears of possible shortages over the winter.

Germany has found itself particularly exposed due to its previous heavy reliance on Russian energy imports.

Since the outbreak of the war, Berlin has worked to wean itself off Russian gas and secure alternative supplies.

Officials have seized key pieces of energy infrastructure which were in the hands of Russian energy companies and mandated gas stores to be filled.

In this article:Gas, Germany, Politics, Uniper