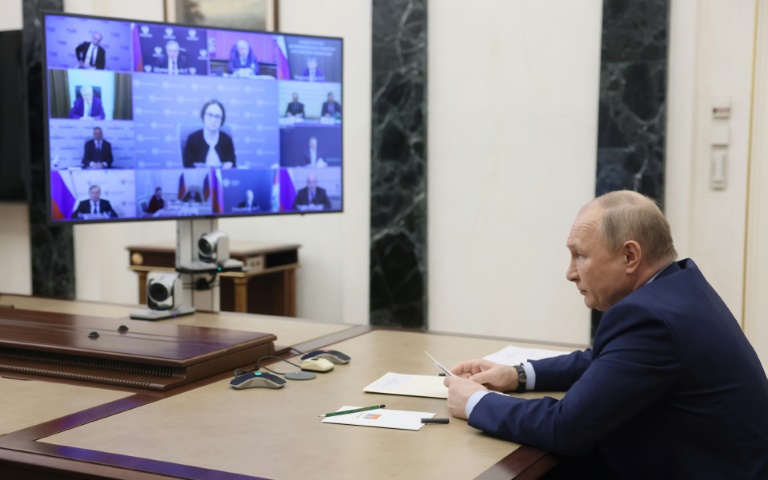 From oil embargoes to asset freezes and bans on new investment, the list of Western sanctions imposed on Russia’s economy since it invaded Ukraine keeps growing.

Here is an overview:

They reached a deal that bans oil imports delivered by tankers but exempts pipeline deliveries — and allows Hungary to keep receiving Russian crude.

European Commission chief Ursula von der Leyen said the accord will cut around 90 percent of the EU’s Russian oil imports by the end of the year.

The EU plans to cut imports of Russian gas by two thirds in the same period and ban European companies from making new investments in the sector. Purchases of Russian coal are set to stop from August.

Another highly symbolic decision was the suspension of the Nord Stream 2 pipeline, which was due to increase Russian gas supplies to Germany.

The United States and Canada have imposed their own embargoes of Russian oil and gas while Britain will phase them out by the end of the year.

The EU has closed its ports to Russian ships, and Russian truckers are also banned from operating in the bloc.

EU members as well as the United States, Canada, Switzerland, Norway and Iceland have closed their airspace to Russian aircraft and many Western airlines have halted flights to Russia.

The wider aviation industry is concerned as the export of aircraft, parts and equipment has been banned, as has maintenance work on Russian-registered Airbus and Boeing aircraft. Western insurers cannot provide coverage.

The EU sanctions include export bans on products such as cars and luxury watches, as well as semiconductors, chemicals and specialised catalysts to target Russia’s technology and industrial sectors.

The list of Russian products banned from the EU has been extended to include steel products, cement, rubber products and wood.

Imports of Russian vodka and caviar have already been banned by the EU and the US.

They have also deprived Russia and Belarus of their “most favoured nation” trade status, imposing punitive tariffs on their exports.

EU leaders agreed Monday that their sixth package of sanctions will include a measure to exclude Russia’s Sberbank from the SWIFT financial messaging system.

Sberbank, Russia’s biggest bank, said it has not been affected by the measures, designed to make international payments difficult.

“We are working as normal — the main restrictions are already in place,” the bank said, referring to earlier US and UK sanctions that have already isolated its financial system.

The US, EU and Britain have frozen foreign currency held by the Russian central bank and banned all transactions with the institution.

The US is also ending an exemption allowing Moscow to pay foreign debt held by American investors with funds held in Russia, a move that could push Vladimir Putin’s country closer to default.

Hundreds of Russian individuals have been hit by US and EU sanctions, including the adult daughters of Russian President Vladimir Putin.

On Monday the EU extended its blacklist to some 60 people, including the head of the Russian Orthodox Church Patriarch Kirill. They are now banned from entering the EU, and have their assets frozen.

Putin and his Belarusian counterpart Alexander Lukashenko have already been targeted by sanctions, as has Igor Sechin, the head of Russian oil firm Rosneft.