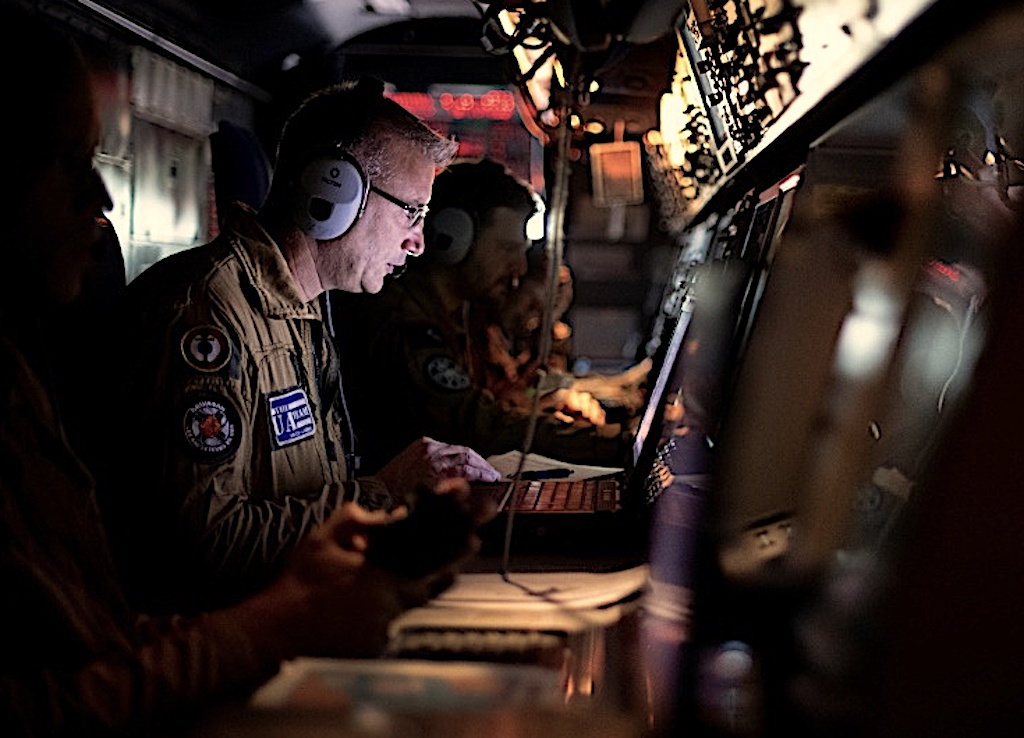 The cluster of dots on the Atlantique 2’s screens may seem like a confusing mess to the untrained eye, but not to the crew of the French naval surveillance aircraft tasked with telling friend from foe in the Baltic Sea.

“Another tarantula,” says an operator as the Russian corvette of the Tarantul class becomes visible, travelling in a pack with other Russian vessels as several nearby NATO ships also criss-cross the placid northeastern European sea.

“It’s busy down there,” the soldier observes. 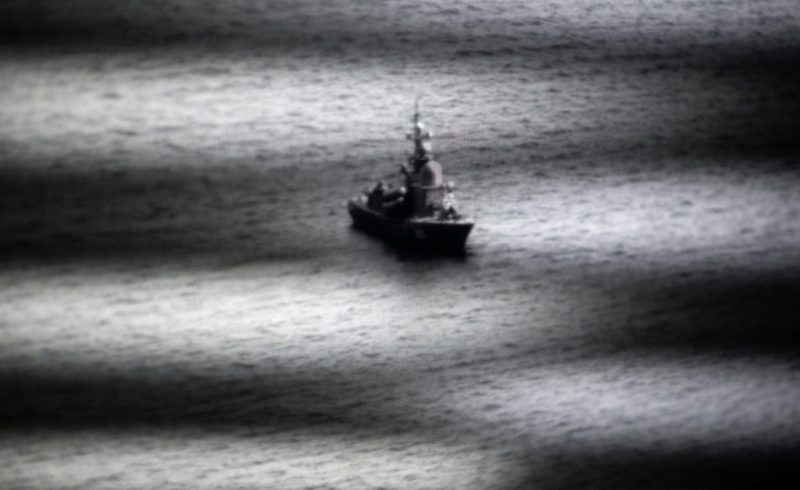 France’s Atlantique 2 aircraft, in service since the 1980s to detect surface vessels and submarines, has been dispatched to track Russian and Russia-friendly ships, a task that became key after President Vladimir Putin’s invasion of Ukraine.

The patrol aircraft took off from Brittany, western France, early in the morning and stopped over in Germany before heading north to scour much of the Baltic, now a strategic focal point for Western and Russian forces.

Once the aircraft passes the island of Ruegen — where work for the Nord Stream 2 gas pipeline between Russia and Germany was abruptly frozen — the eyes of the 14-strong crew (12 men and two women) become focused.

The plane’s most senior officer Lieutenant Commander Guillaume — who according to French military tradition gives only his first name — gives the order for the radar’s protective shell to emerge from the plane’s hull.

The equipment may look old-fashioned, but it is full of state-of-the-art technology.

The sea is calm and the weather clear, but frantic action is visible in a zone, some 50 kilometres (30 miles) wide, between the Swedish and Polish coastlines. 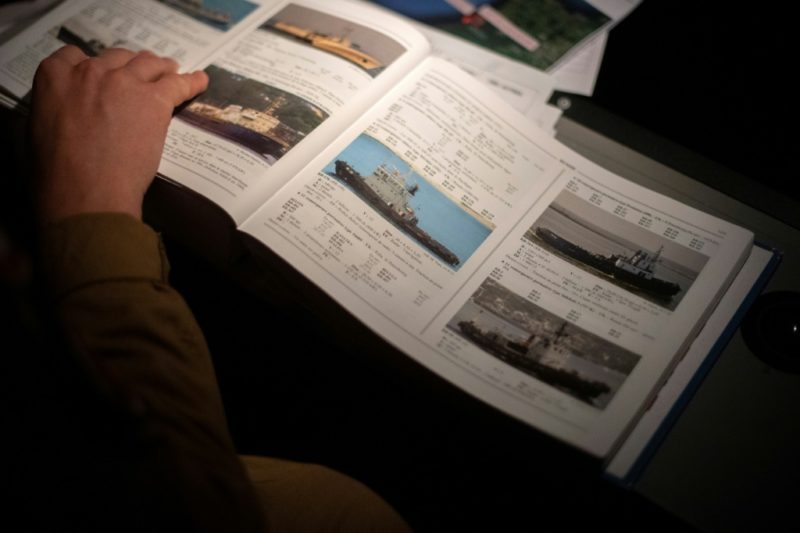 “We have to be able to rapidly distinguish between friendly, neutral and suspicious vessels so our forces can find the best navigation path,” said Guillaume.

French forces have orders to avoid flying too close to some coastal waters and Russian ships to avert any escalation, or entering potential danger zones where Baltic rim countries may have flagged military activities.

The flurry of activity coincides with the end of the annual NATO military exercise BALTOPS, which the Russians responded to with manoeuvres of their own.

Both undertakings demonstrate a determination on both sides not to give up any areas, even if it means sending huge numbers of warships into the Baltic where they co-exist with countless merchant ships and pleasure boats. 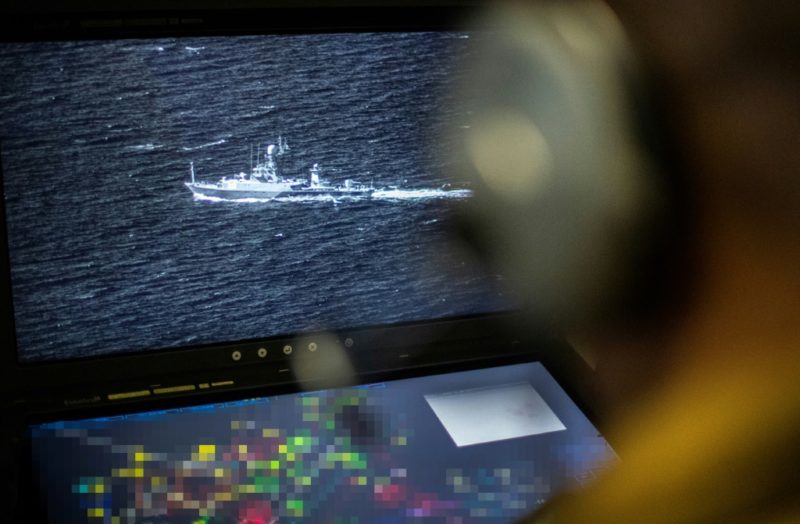 A Parchim-class corvette detected from the sky. — © AFP

Next to Maxime sits Lieutenant Alain, the tactical coordinator also known as “Tacco”, who picks the tracks he believes require more detailed observation, such as traces from ships who fail to activate their automatic identification system (AIS), which is mandatory for civilian vessels.

Alain shares his observations with Chief Petty Officer Christopher, to his right, who operates the Wescam camera placed at the bottom of the aircraft and that yields a detailed picture of targets even tens of kilometres away.

“It has a strange crane near the bow,” says Christopher as he zooms in on a ship that has attracted their attention despite looking civilian at first glance.

“In fact, it’s a Moma class,” responds Roxane, confirming that the vessel is a Russian water survey ship suspected of gathering intelligence. It promptly gets an AXRU label on the situation screen, an acronym for Russian auxiliary vessel.

Russians are marked in red, such as the Tarantul or Parchim-class corvettes identified on this flight. 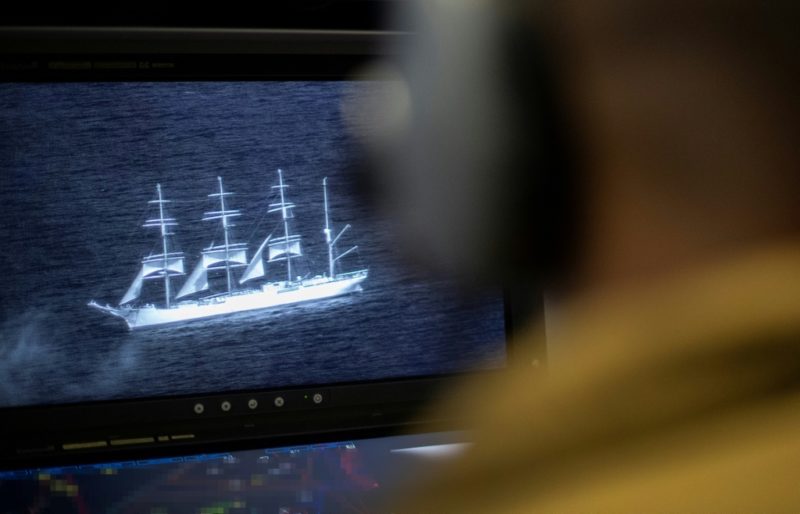 The Sedov is the world’s largest traditional sailing ship still in operation. — © AFP

As soon as the Atlantique 2 flies over a quieter stretch, the Tacco hands his notes to Chief Petty Officer Romain.

The latter is in charge of electronic warfare and transmissions and sends the plane’s observations via a dedicated chat system to French and NATO command centres. A full report can wait until their return.

“This small space has gotten quite crowded, which shows how interested everybody is in everybody else,” says Lieutenant Henri over the plane’s noise.

The Baltic is where Russia’s attack on February 24 has prompted rapid geopolitical change.

Sweden and Finland have applied to join NATO which, if successful, will isolate Russia even more in the Baltic which Moscow needs for access to the world’s oceans.

“The Baltic will in effect become a NATO lake,” said Robert Dalsjo at the Swedish Defence Research Agency FOI.

Sweden’s membership in particular would remove a factor of uncertainty, he told AFP, “because the Baltic countries couldn’t be sure about how Sweden would act in a crisis”.

The plane changes direction to fly close to the forbidden Kaliningrad zone to catch a glimpse of the military activity in the highly militarised enclave, then heads north.

Once it reaches the latitude of Riga, the plane makes a U-turn and checks on the Russian ships in the southern zone one last time before heading home.

The day’s work? Nearly 7,000 kilometres of flight and around a dozen Russian vessels identified including, to the crew’s delight, the stunning sail training vessel Sedov, the world’s largest sailing ship still in operation.