In August 2017, Foxconn Technology Group announced the largest investment of a foreign company in the United States when it selected Mount Pleasant, Wisconsin for a new manufacturing facility.

At the time, Foxconn got a sweetheart-of-a-deal, backed by President Donald Trump and former Wisconsin Gov. Scott Walker — who claimed it was a once-in-a-generation opportunity to return manufacturing to the Midwest and the United States, reports the Associated Press.

The plan was to hire 13,000 workers to make advanced liquid crystal display panels, and the company was given a boatload of controversial federal and state incentives to sweeten the pot that excluded the need for permitting, environmental impact statements and other incentives, creating dangerous precedents that could lead to unforeseen consequences.

Even Foxconn CEO Terry Gou proclaimed the deal was a vision of a greater America, saying the plant was designed to turn a small town and its environs into the futuristic “Wisconn Valley.” However, the dream of bringing back blue collar jobs to the Midwest is fading fast. 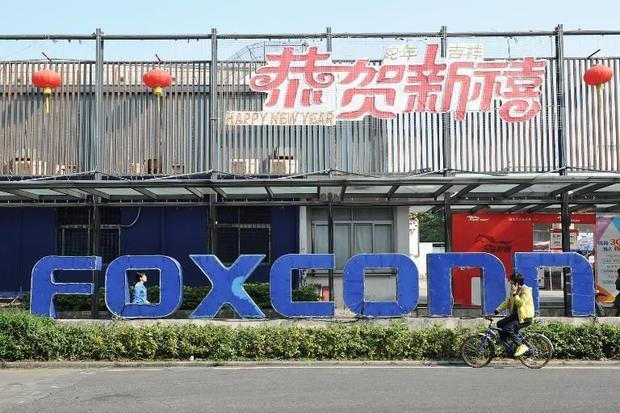 File photo: Foxconn group has signed a letter of intent to invest up to $1 billion in Indonesia as it seeks to diversify production away from China
, AFP/File

Research instead of manufacturing
On Wednesday, Louis Woo, special assistant to Foxconn Chief Executive Terry Gou, told Reuters that the company’s plans have been scaled back and could even be shelved.

He cited the steep cost of making advanced TV screens in the United States, where labor expenses are comparatively high. “In terms of TV, we have no place in the U.S.,” he said in an interview. “We can’t compete.” This means there won’t be a factory built in Wisconsin.

However, ABC’s local affiliate, WAOW.com reported Foxconn said the reason for the change of plans was due to a “changed global marketplace.”

Woo said during the interview that about three-quarters of the jobs will be in research and development and design – what he described as “knowledge positions” instead of blue-collar manufacturing jobs.

Foxconn, in a statement further described their plan as focusing on “R&D in advanced industrial Internet technologies and producing high-tech applications and solutions for industries such as education, medical and health care, entertainment and sports, security, and smart cities.”

“Every step of the way Foxconn has overpromised and under-delivered,” said Democratic Wisconsin Assembly Minority Leader Gordon Hintz in a statement. “This news is devastating for the taxpayers of Wisconsin. We were promised manufacturing jobs.”

“We were promised state of the art LCD production. We were promised a game-changing economic opportunity for our state. And now, it appears Foxconn is living up to their failed track record in the U.S. — leaving another state and community high and dry.”