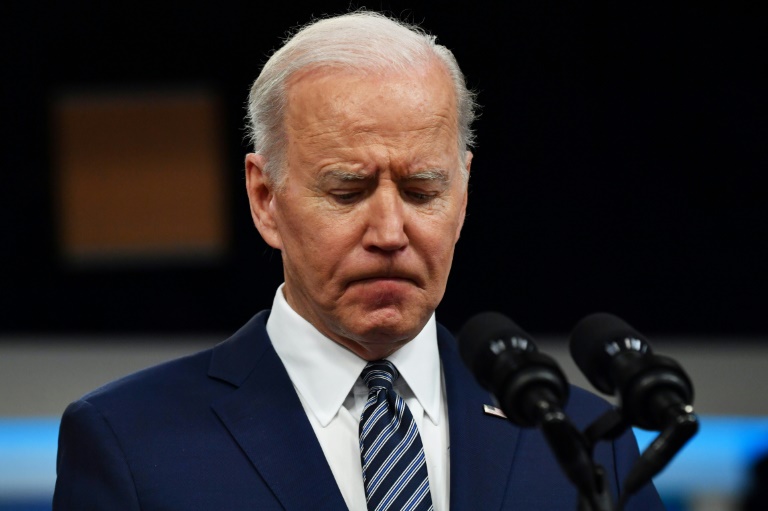 Historically low joblessness is the kind of thing American leaders dream of, but President Joe Biden also has nightmarishly high inflation that supporters and opponents alike believe may cost his Democratic Party dearly.

Biden’s popularity has sunk in recent months even as the unemployment rate has ticked progressively lower amid booming job creation, which experts attribute to record-high price increases the US economy has weathered as it recovers from the pandemic.

“Politically speaking, nothing else matters,” said Charlie Cook, a longtime political analyst and founder of the Cook Political Report.

Job growth is a traditional metric of presidential success, and the White House has attempted to focus the public’s attention on the progress made in the labor market, where new applications for jobless aid are at more than half-century lows and the unemployment rate is almost back to where it was before Covid-19 broke out.

But Cook said the spike in consumer prices to levels not seen since 1981 has undercut those arguments because while some voters may benefit from the strengthening jobs market, everyone experiences higher prices for gasoline, food and other necessities.

Biden’s approval ratings are now hovering around 42.2 percent, according to poll aggregator FiveThirtyEight, and with midterm elections in seven months, even Biden’s allies worry that his Democratic party will lose its narrow control of one, or perhaps both, houses of Congress.

“High prices are preventing Americans from feeling the Biden boom,” said Will Marshall, president of the center-left Progressive Policy Institute.

Biden took office at a time when unemployment was on a downward trajectory after spiking to 14.7 percent in 2020 as businesses laid off workers en masse after the pandemic arrived on American shores.

Throughout his presidency, it has fallen steadily to hit 3.6 percent last month, a hair above its pre-pandemic level.

But consumer prices have shot up, jumping by 8.5 percent over the 12 months to March, and polls indicate Americans are pointing the finger at Biden.

Nearly two-thirds of voters disapprove of Biden’s handling of the economy, according to a poll by the Associated Press and NORC Center for Public Affairs Research released late last month, while progressive data firm Navigator Research found more Americans believe the economy is losing jobs than gaining them.

The high inflation rate is a consequence of a collision between global shortages and shipping delays, the Federal Reserve’s low interest rate policies and shocks to commodity markets caused by Russia’s invasion of Ukraine that have sent gas prices soaring.

Another factor is pandemic rescue bills Congress approved under Biden and his Republican predecessor Donald Trump that fattened Americans’ wallets and drove them to buy scarce goods.

While economists debate how much of an effect these policies have had on inflation, Marshall acknowledged missteps in Biden’s congressional priorities as prices rose last year and his administration was reeling from the chaotic withdrawal of US troops from Afghanistan.

The president won bipartisan support for a $1 trillion overhaul to the nation’s infrastructure, but delayed that bill’s passage while trying to unite Democratic lawmakers around Build Back Better, his signature proposal to overhaul the country’s social services, which ultimately failed.

“I think people mistakenly thought, well, this is a second coming of the New Deal,” Marshall told AFP, referring to a 1930s-era Democratic expansion of government in response to the Depression. “I think they overreached.”

Douglas Holtz-Eakin, who served as an economist in Republican former president George W. Bush’s administration, said Democrats might have been worse off if they passed Build Back Better, because voters would have linked its high price tag to inflation.

“I think they benefited more from its failure than it cost them,” said Holtz-Eakin, now the president of the American Action Forum.

Biden’s Democrats control Congress, but only by the thinnest majorities — 12 seats in the House and one vote in the Senate — which he argued does not give them a mandate to enact major legislation.

“They mistakenly think they have to do something. They don’t, they should get out of the way, let the Fed take care of inflation, let the private sector take care of growth,” Holtz-Eakin said.

The Federal Reserve is in the process of raising interest rates, and many economists believe the inflation spike will flatten as the year progresses.

But whether it comes soon enough for Biden remains to be seen.

It is common for a president’s party to lose ground in the midterm congressional elections, and his two predecessors in the White House were mauled in when their parties lost control of the House — a fate Cook warned Biden appears on course to meet.

“Are we really going to see a meaningful reduction in inflation between now and the time voting starts between late September and October?” he asked. “I don’t think it’s realistic at all.”

In this article:Economy, Employment, Inflation, Politics, US