Canada’s Agricultural Minister, Marie-Claude Bibeau, said in an interview with Reuters on Wednesday she has not yet received an official notice from Chinese authorities on the two permit suspensions and would not identify the companies involved.

“We have to look into this,” she said by phone from Ottawa. “It might be only administrative. We might be able to deal with the situation easily. I can’t speculate on why the permits have been suspended.”

A document posted on the website of China’s General Administration of Customs dated April 30, was reviewed by Reuters on Thursday. It said that imports from Canadian meat producers Olymel LP and Drummond Export have been suspended, according to the Financial Post.

“(China) will suspend imports of pork products shipped since April 30 by Canadian companies with codes 270A and 254,” the document said, without providing further details.

Last week, the Canadian Food Inspection Agency said some Canadian pork shipments to China had been delayed because exporters used outdated forms. Gary Stordy, a spokesman for the Canadian Pork Council, which represents Canadian hog farmers, said the permit suspensions are also due to paperwork problems. 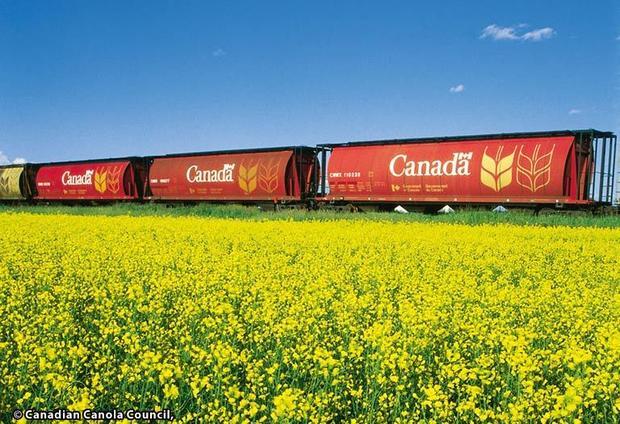 Canadian Canola field: In just a few decades, canola has become one of the world’s most important oilseed crops and the most profitable commodity for Canadian farmers.
© Canola Council of Canada
Advertisement. Scroll to continue reading.
Widening diplomatic dispute
Relations between Ottawa and Beijing have been frosty since the December arrest in Vancouver of a top executive of telecom giant Huawei on a US extradition request related to Iran sanctions violations. China has also arrested two Canadians.

Canada is the world’s third-largest pork producer. China has been ravaged by African swine fever (ASF) in its domestic pork supply, In 2018, the country bought C$514 million ($382.5 million) worth of Canadian pork.

“With African swine fever, and the fact (the Chinese) are very big consumers of pork and here in Canada we are free from ASF, it’s surprising that this is happening,” Bibeau said.