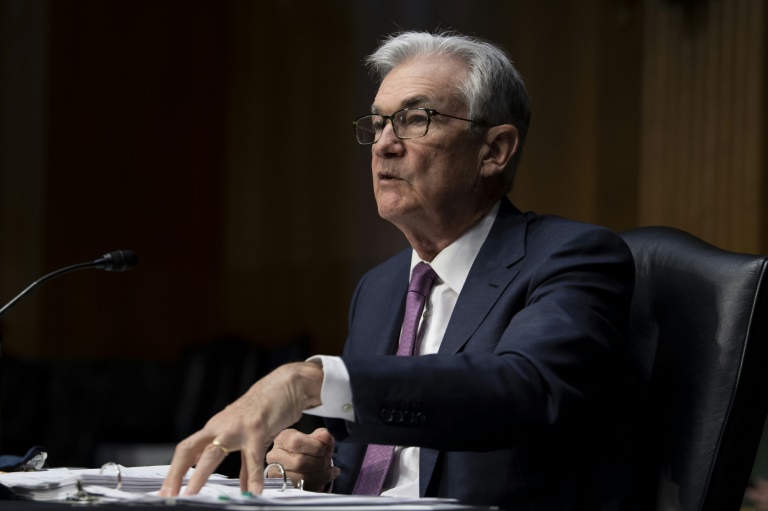 The pressures pushing prices to multi-decade highs are likely to last till the middle of the year, and the US central bank is ready to respond to this risk, but policymakers are committed to extending the economic expansion to promote employment, Federal Reserve chief Jerome Powell said Tuesday.

The world’s largest economy is on strong footing, and with inflation rising and employment recovering, “The economy no longer needs or wants the very highly accommodative policy,” provided by the Fed in response to the Covid-19 pandemic, Powell told lawmakers, underlining the likelihood interest rate increases are coming.

Surging prices for cars, housing and food have become a political liability for President Joe Biden, who in November tapped Powell to continue in his role as Fed chief for another four years, and also named Fed governor Lael Brainard, a fellow Democrat, to serve as Powell’s vice chair.

In the nomination hearing, Powell again vowed that the central bank will do all it can to ensure high inflation does not become entrenched.

Economists are projecting that government data due out Wednesday will show annual consumer price inflation hitting seven percent in December, its highest level in 40 years, and the issue dominated the questions from members of the Senate Banking Committee.

Inflation is “very near the top of the list” of risks to the economic outlook, Powell said, acknowledging the current rate is now “very far above target.”

But the Fed chief attributed most of the price surge to a “mismatch” between supply and demand caused by global logistics snarls, although policymakers also are watching wage growth carefully.

But “if we see inflation persisting at high levels longer than expected… we will use our tools to get inflation back.”

The Fed is in the process of winding down its bond buying stimulus program, which will end in March, and is expected to raise the benchmark lending rate off zero soon after.

While Powell stressed that policymakers have not decided on the timing or any rate increases, some economists and even some Fed officials say that first move could come in March.

“It’s time to move away from emergency pandemic settings,” Powell said, noting that there is “a long road to normal from where we are.”

“The labor market is recovering incredibly rapidly” with the unemployment rate falling “pretty close to half-century lows” at 3.9 percent in December.

Still, removing the stimulus measures “should not have negative effects” on employment, Powell said.

In fact, getting prices to return to around the Fed’s two percent target is key to ensuring the US economy continues to expand, and brings more people into the labor force, he said.

“We see now the great benefits of a strong labor market can bring right across the whole population for the whole economy,” he said, adding that “high inflation is a severe threat to the achievement of maximum employment and to achieving a long expansion that can give us that.”

Businesses nationwide have complained that they struggle to fill open positions, and record numbers of workers have left their jobs while the share of adults in the labor force has barely budged in recent months, even as wages have risen.

Powell acknowledged that child care is one factor keeping the participation rate down, as the industry also has struggled to find workers.