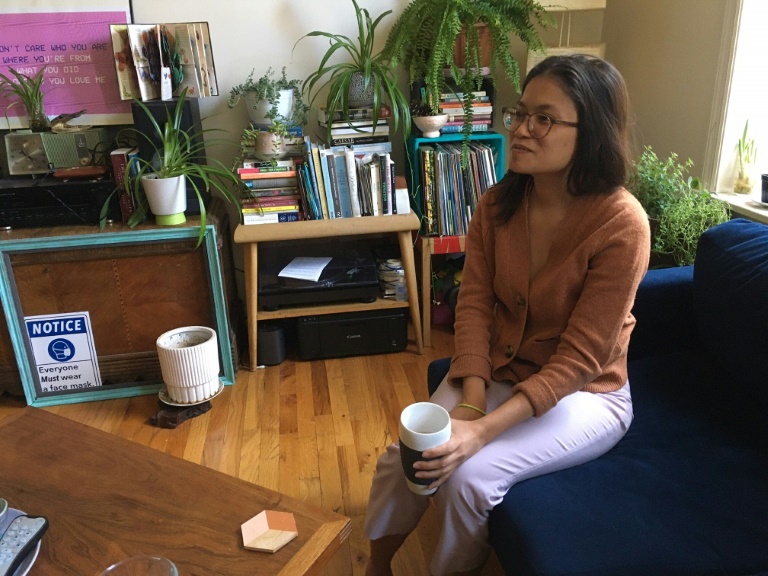 Before the start of each month, Anh-Thu Nguyen and her two roommates send rental checks to their landlord. A few days later, the checks are mailed back.

The bizarre ritual began soon after the March 2021 purchase of Nguyen’s Brooklyn building by a shadowy real estate firm called Greenbrook Partners, which told residents they had to leave by June 30.

Some neighbors moved out, but Nguyen and tenants from four other units sued the financially connected Greenbrook, one of several investor-backed rental housing firms to draw scrutiny in Washington.

“We have to fight back,” said Nguyen, who has helped organize tenants in other buildings that belong to Greenbrook, which has more than 150 properties in Brooklyn and Queens, most bought during the pandemic.

“This has been my home for 13 plus years. It’s a wonderful community and I want to stay here… it’s also the right thing to do,” said Nguyen, 39, a trained attorney who works on labor organizing for an NGO.

Nguyen and other activists back a pending tenant protection bill in the New York state legislature. The battle comes as rising rent adds to today’s historic inflation surge, with horror stories abounding of landlords in the unregulated portion of New York’s rental market seeking increases of 30 percent or higher.

“The market has bounced back, and that has led to rent increases and lease renewals that are really burdensome for tenants,” said Charles McNally, director of external affairs at the Furman Center, a New York University urban policy research organization.

“It’s a really difficult market for renters, and the inflationary pressures for owners are real as well.”

Greenbrook was one of the actors highlighted in a February event organized by Senate Democrats, where Nguyen described herself as a “suboptimal tenant” for such firms.

“Their goal is maximizing profit, not the stability that comes with a long-term tenant,” she told the panel.

They also said some of the firm’s target traditionally non-white areas where home values have risen steeply.

The rental firms’ defenders say restrictions on landlords can discourage needed investment and that the industry is being scapegoated for the housing affordability problem, a complex issue with many factors.

They also point to estimates that Wall Street-backed firms comprise a tiny stake of the US rental housing stock — figures that housing experts say are based on outdated pre-pandemic data.

Recent news reports abound of the shift in cities such as Atlanta and Jacksonville, where Wall Street-backed rental firms snap up available stock, pricing out some first-time homeowners.

“Fight, fight, fight! Housing is a human right,” the group chanted in support of “good cause eviction” legislation, which would limit evictions to cases where tenants don’t pay rent or behave egregiously. The bill would also limit rent increases on apartments with market-based leases.

Many in real estate oppose the legislation, including Bryan Liff, who is selling two condo units rather than risk renting them under such a bill, which would come on top of soaring costs during the pandemic that he says are driving out mom-and-pop landlords.

“I’m not willing to take the risk that the state will basically give away our property,” said Liff, a 50-year-old software engineer, who also owns an eight-apartment Harlem building in which he rents units.

The rally was held outside the Brooklyn home of Aneta Molenda, who also is in housing limbo with no active lease after fighting Greenbrook’s 50 percent rent increase.

Greenbrook and its affiliates own 153 properties, according to a New York City real estate database.

The properties are currently listed under “Freestone Property Group,” after previously appearing under the name Greg Fournier, a principal at Greenbrook. Nguyen believes Freestone is a Greenbrook subsidiary.

As a private company, Greenbrook does not release its financial statements. Real estate trade press has described partnerships with the private equity behemoth Carlyle Group and the British investment company NW1 Partners.

Neither Carlyle nor NW1 responded to AFP request for comment.