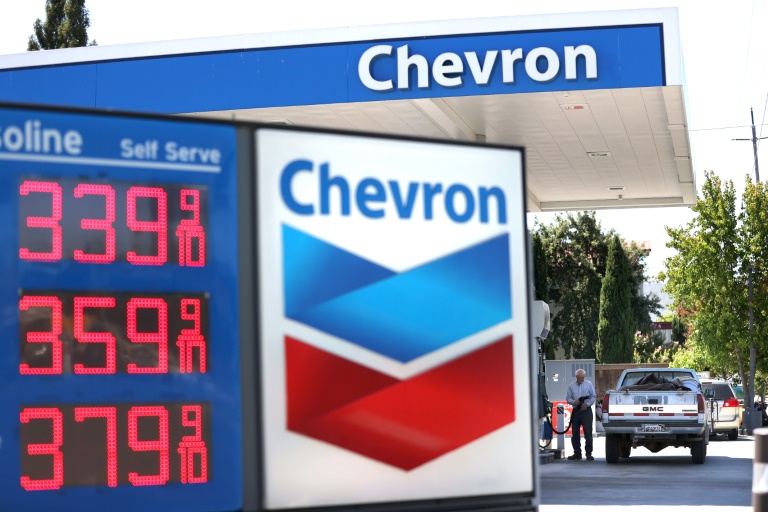 Chevron said Tuesday it will lift spending on lower carbon energy while still investing primarily in fossil fuels as it updated its climate strategy in the face of investor pressure.

The US oil giant said it would more than triple spending through 2028 to $10 billion on its “lower carbon businesses,” including $2 billion to lower the carbon intensity of Chevron’s operations.

The program includes increasing production of renewable natural gas, renewable fuels and boosting hydrogen production, according to a press release ahead of presentations by executives later Tuesday.

However, the capital spending is still much lower than that planned for conventional oil and gas. Chevron said in March it plans $14 billion to $16 billion in annual capital spending between 2021 and 2025.

Also, the company did not promise to reach “net zero” emissions in its overall business by 2050, a pledge taken by rivals such as Royal Dutch Shell and Total.

In May, 61 percent of shareholder voted in favor of a shareholder proposal calling on Chevron to reduce its “Scope 3” carbon emissions, those connected to products sold by the company.

Shareholders also narrowly defeated a proposal requiring a report on a “Net Zero 2050” scenario, such as ones discussed by the International Energy Agency.

In a presentation on Chevron’s website, Chief Executive Mike Worth said the company would update its climate change report next month to include a response to the Scope 3 proposal and net zero.

Activists expressed skepticism about Chevron’s approach to climate change and the energy transition in interviews ahead of Tuesday’s investor presentations.

The company’s statements since the shareholder vote have been “not very promising,” said Mark van Baal, founder of Follow This, a Dutch activist shareholder group that authored the Scope 3 resolution at Chevron.

“If the world is to avoid climate disaster, then the reductions need to be done this decade,” van Baal said on Monday.