The oil giant reported $3.17 billion in profits in the third quarter Friday, down from $6.2 billion in the same period a year ago – with total revenue of $65.05 billion, down 15 percent from the same time last year, reports the Associated Press.

“We are making excellent progress on our long-term growth strategy,” Exxon Chairman and CEO Darren Woods said. “Growth in the Permian continues to drive increased liquids production and we are ahead of schedule for first oil in Guyana. The value of our position in Guyana improved further this quarter with additional discovery, our fourth this year. We are also making good progress on our advantaged investments in the Downstream and Chemical,” he added. 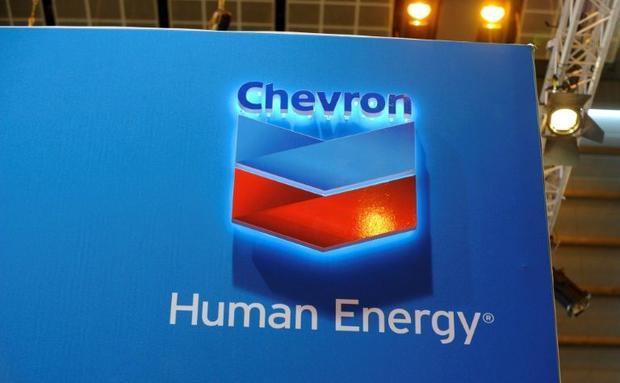 Chevron argues that a huge environmental damages ruling against it in Ecuador stems from a bribe paid to a judge
ERIC PIERMONT, AFP/File

Across the board Q3 earnings drop
Exxon Mobil is not the only major energy company feeling the pinch from falling oil and shale gas prices. Both BP and Royal Dutch Shell indicated earlier this week they might delay dividend increases or a buyback program because of low prices.

California-based Chevron also saw its profits drop on Tuesday. The company reported earning $2.58 billion in the third quarter, down 36 percent from the same time last year, while revenue was down 18 percent to $36.12 billion.

“Third-quarter earnings and cash flow were solid, but down from our very strong results of a year ago,” said Michael Wirth, Chevron’s CEO, in a news release. “Lower crude oil and natural gas prices more than offset a 3 percent increase in net oil-equivalent production from last year’s third quarter.”