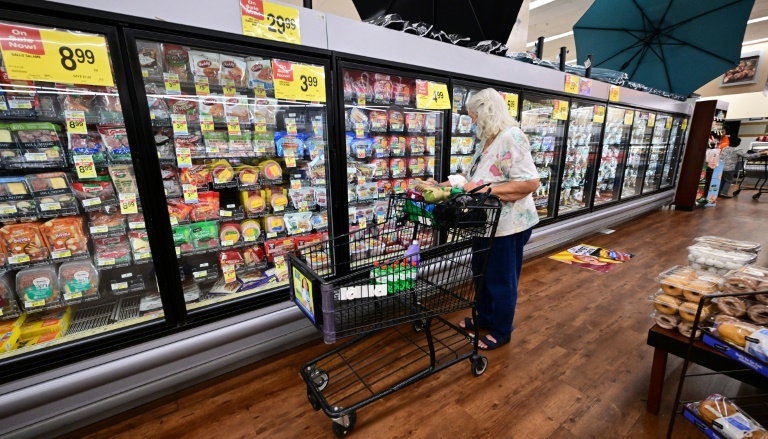 Is inflation finally slowing down in the United States?

Inflation data due to be released Wednesday is expected to show at least a partial cooling down of consumer prices and bring a breath of fresh air for US President Joe Biden just months before crucial midterm elections.

But it is expected to fall to 8.6 percent in July, according to MarketWatch.

White House spokeswoman Karine Jean-Pierre said that although the administration has not seen the fresh statistics yet, “We know that gas prices have fallen.”

“And we hope those gas price declines will factor into the CPI inflation data,” Jean-Pierre told reporters Tuesday.

Consumer prices have continued to climb in the United States, squeezing family budgets and, and by extension, Biden’s popularity.

His opponents accuse Biden of precipitating inflation with his gigantic $1.9 trillion coronavirus relief package, which he enacted in March last year, shortly after assuming office.

And Republicans renewed their criticism of Biden’s economic policy, saying Sunday’s passage in the Senate of his massive climate and healthcare bill titled the “Inflation Reduction Act,” does the opposite of its stated purpose.

But the devil is in the details.

Experts worry that the inflation slowdown linked to the drop in gasoline prices could be outweighed by rising rent and real estate prices.

Similar to other economists, Swonk expects to see a rise in the so-called underlying inflation rate that excludes food and energy, which had risen to 5.9 percent in June, year over year.

The question now facing Washington is whether it will be possible to bring inflation down sustainably, without plunging the world’s largest economy into recession, after two quarters of economic contraction.

In a bid to tamp down inflation, the US Federal Reserve has already hiked the interest rate four times to a range of 2.25 to 2.5 percent.

On the bright side, the US labor market remains dynamic and in July the unemployment rate fell to the pre-pandemic level of 3.5 percent.

But there are still nearly two jobs open for every available worker, which pushes wages up and contributes to inflation.

Inflation data will be released Wednesday at 8:30am local time (1230 GMT).

In this article:conomie, indicateur, Inflation, USA