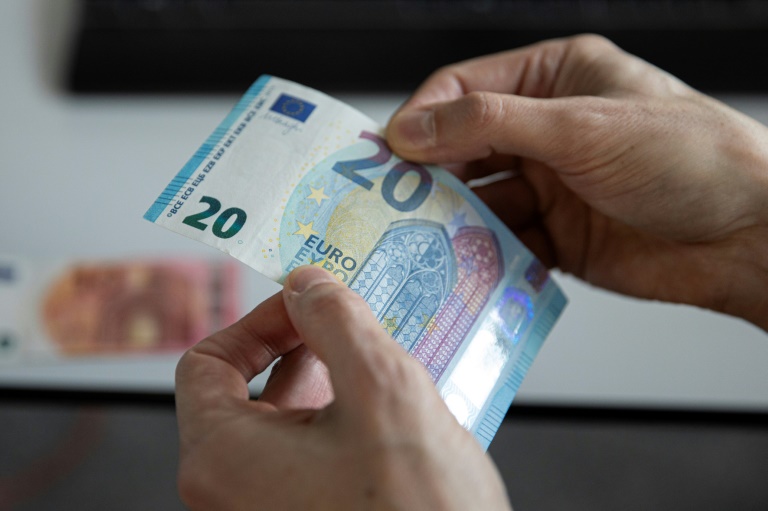 The eurozone economy felt the fallout from the Ukraine war as output slowed and inflation stayed at record levels in the first quarter, official data showed Friday, imperilling Europe’s recovery from the pandemic.

The EU’s official statistics agency said that growth in the 19 countries that use the euro crawled to 0.2 percent between January and March compared to the previous quarter.

For the European Union as a whole, gross domestic product grew by 0.4 percent in the first quarter, after 0.5 percent in the last three months of 2021.

Among the major countries, Spain and Germany saw their economies grow by 0.3 percent and 0.2 percent respectively in the first three months of the year. France was flat and Italy down, minus 0.2 percent.

The small increase in eurozone growth “means that the region will avoid a technical recession in the first half of the year at least,” said Andrew Kenningham, Chief Europe Economist at Capital Economics.

“But rising inflation and the fallout from the Ukraine war mean that GDP is likely to contract in the next quarter,” he said.

Compared to a year ago, the growth level in Europe still remained high, coming off the big crashes in GDP because of the coronavirus pandemic that put the global economy on its knees.

Consumer prices in the eurozone soared by a record 7.5 percent in April, up from a revised 7.4 percent the month before, Eurostat said.

These figures are the highest recorded by the European statistics office since the publication of this indicator began in January 1997.

Inflation has broken a new record each month since November, though the leap in April was more moderate than previous months.

In April, the highest rate of increase was recorded for energy prices, which was up by 38 percent. This increase was slightly slower compared to March when it reached 44 percent.

In this article:Economy, Eu, Inflation