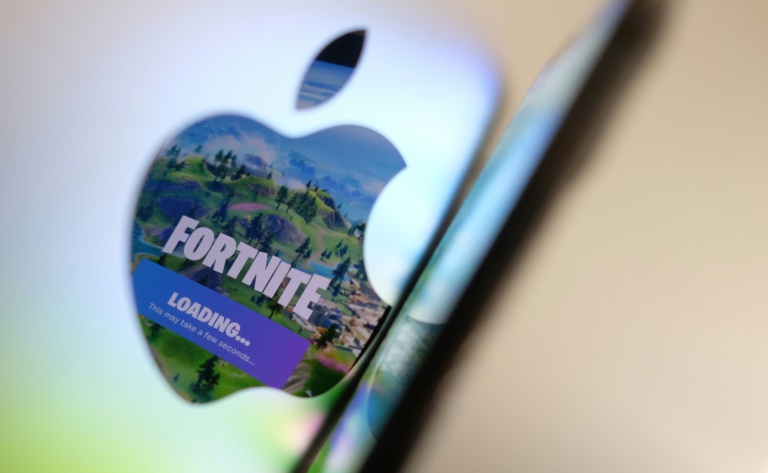 Gaming giant Epic’s CEO on Tuesday launched another broadside at Apple and Google, saying the tech giants must be stopped from abusing their control over the marketplaces for apps.

Epic Games, creator of the hugely popular Fortnite, is locked in bitter legal battles with Apple and Google, whose operating systems run nearly all the smartphones in the world.

Both tech giants charge fees on transactions made on Apple’s App Store and Google Play, and contend these are appropriate.

But app makers have become increasingly furious in recent years over that cut.

“Apple and Google… are using their new monopoly power to tax and prevent competition,” Epic CEO Tim Sweeney said at the Global Conference for Mobile Application Ecosystem Fairness in Seoul.

“We must not allow these two companies to control our digital lives.”

Epic is seeking to force Apple to open up its marketplace to third parties, looking to circumvent the iPhone maker’s procedures and commissions of up to 30 percent.

Sweeney also took aim at Google for charging fees on payments it does not process.

“Only a monopoly can do that,” he said.

The Epic CEO and other conference participants also praised South Korea, which in August became the first country in the world to pass a law banning Apple and Google from forcing developers to use their payment systems.

“Google Play’s service fee has never been simply for payment processing,” it told AFP in response to Sweeney’s comments on Tuesday.

“It’s how we provide Android and Google Play for free and invest in the many distribution, development, and security services that support developers and consumers.”

AFP has reached out to Apple for a response to Sweeney.

Apple CEO Tim Cook defended its cut during court proceedings in May, saying: “We are creating the entire amount of commerce on the store and we are doing that by getting the largest audience there.”

Pressure has been mounting on Apple and Google, including from some major developers such as music streaming giant Spotify and dating service Tinder’s parent company Match Group.

Apple and Google have also raised the eyebrows of regulators in major jurisdictions such as the European Union, Australia and India.

Both have made some changes to their marketplaces since last year, however.

Google last month announced it would halve its commission on subscriptions to 15 percent starting January 2022, saying 99 percent of developers would qualify for that rate or less.

Apple reduced its commission to 15 percent for newcomers and developers making less than a million dollars annually.

It had already cut its 30 percent commission in half for paid subscriptions after the first year.

In this article:apple, Google, Monopoly