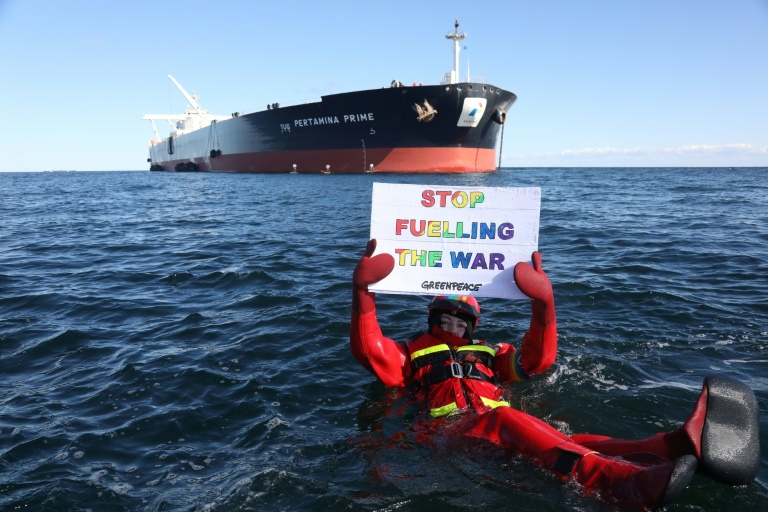 Shell on Thursday warned that its exit from Russia over the Ukraine war would cost the British energy giant up to $5 billion, but it would fulfil pre-conflict contracts to buy fuel from Moscow.

Despite the massive financial hit, energy majors are generally enjoying soaring revenues as oil and gas prices remain high on tight supply worries caused by the war and as economies reopen from pandemic lockdowns.

Shell, which is gradually withdrawing from Russia owing to the war, said impairment from assets — or loss in their value — and extra charges relating to activities in the country would be between $4 billion and $5 billion (3.7 billion and 4.6 billion euros) in the first quarter just ended.

The London-listed company in late February announced that it would sell its stakes in all joint ventures with Russian state energy giant Gazprom after the Kremlin launched its assault on Ukraine.

At the end of last year, Shell valued these Russian ventures at $3 billion.

Shell is withdrawing from Russian gas and oil in line with UK government policy.

However, the company on Thursday revealed it is “legally obliged to take delivery of crude bought under contracts that were signed before the invasion”.

Shell previously apologised for buying a cargo of Russian oil at a vast discount following the invasion.

Britain, which is far less dependent than the rest of Europe on Russian energy, plans to wean itself off oil imports by the end of the year and eventually stop importing its gas.

Nations around the globe and their companies have axed business ties with Russia since President Vladimir Putin ordered the invasion of Ukraine on February 24.

The Ukraine crisis has sent shockwaves across the global oil and gas markets because Russia is a major producer of fossil fuels.

Oil prices, which rocketed close to $140 per barrel in early March, have since fallen back to around $100 on peace talk hopes.

Shell, which on Thursday cautioned that the crude market remains “volatile”, saw its share price slide 1.4 percent in morning deals on London’s benchmark FTSE 100 index, which was steady.

“Shell has put an even higher figure of the costs of its write-down… which appears to have unnerved investors,” noted Susannah Streeter, senior investment and markets analyst at Hargreaves Lansdown.

“But despite the eye watering costs, the share price should continue to stay reasonably resilient given the divestment far outweighs the reputational damage which could be caused had it not pulled out.”

Its first-quarter earnings are due on May 5.

Shell had swung back into massive profit last year, as oil and gas prices jumped on recovering demand and geopolitical unrest.

At the start of 2022, Shell switched headquarters from the Netherlands to Britain after a century and dropped Royal Dutch from its name.

Shell said the move was designed to strengthen its competitiveness, while accelerating shareholder distributions and its transition to a net-zero emissions business.