So what’s going on with all the businesses and enterprising entrepreneurs making everything from marijuana-infused chocolate chip cookies to candy and fudge? And no one should be surprised to learn these edible products are already being sold to Canadians.

CBC Canada is reporting that companies are betting on a big market and hope to avoid some of the pitfalls seen in U.S. jurisdictions when edibles were legalized.

The only cannabis products for recreational use that may be purchased on October 17, 2018, include fresh or dried bud, oil, plants, and seeds. This is because Bill C-45 does not include edibles and other cannabis-infused food products. In the meantime, the federal government says it is in the process of developing regulations to support the production and sale of marijuana edibles – next year.

The flourishing grey market
According to a study published by Dalhousie University, 93 percent of those in favor of marijuana legalization are also very likely to try at least one edible product, while 59 percent worry about the risk legalized recreational use of cannabis will have on young children and teenagers.

Eric Costen, the director general of the Cannabis Legalization and Regulation Secretariat stated that incorporating edibles into Canada’s food system has been a huge regulatory challenge and that there are many “multiple moving parts” in the legalization process when he spoke at the Lift & Co. conference in May this year.

One of the challenges to deal with is the many formulations of cannabis extracts used in edibles. And even though edibles are often considered a safe and effective means of attaining the therapeutic and/or intoxicating effects of cannabis without exposure to the potentially harmful risks of cannabis smoking, there has been little research into how ingestion of cannabis differs from other methods of administration, like inhalation, or topical administration. 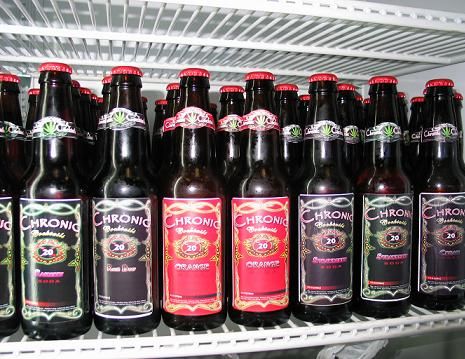 Dixie Elixirs of Colorado has introduced a brand new line of medical marijuana soda to meet the need for users of the prescription drug who prefer not to be subjected to the effects of smoking weed.
Kim I. Hartman

But despite edibles not being legal until regulations are put in place, marijuana edibles are being sold in Canada and shipped to addresses all across the country. On one website, detailed terms, and conditions require that the buyer agree they have solicited the product from the company and that they know the purchase without a prescription is illegal in Canada.

Need for regulations
While the company may be covering itself from a future lawsuit, this is but one of many very real problems that Canada is trying to avoid. Because edibles are not yet regulated, different companies will likely have different concentrations of the marijuana extract in their products.

Then there is the problem of keeping them out of the hands of children. For example, when edibles were allowed to be sold in Colorado in 2014, there were no regulations to speak of, and The Rocky Mountain Poison and Drug Center received 87 marijuana exposure calls about children that year, nearly doubling the previous year’s total, though no children died.

Because of the headlines, in 2015, Colorado introduced regulations. Edibles must now be contained in child-resistant packages, stamped with a universal symbol and divided into servings of 10 or fewer milligrams of THC, the active ingredient in cannabis. The products cannot be shaped like animals, people or fruit. 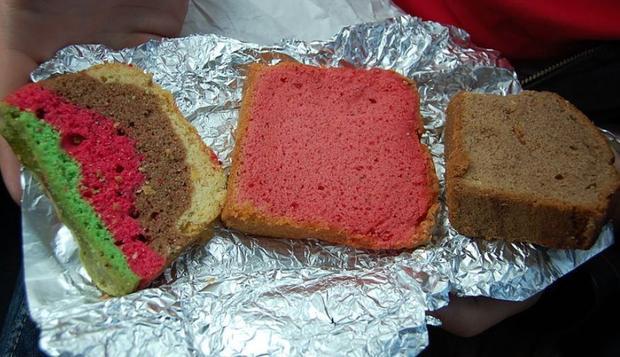 A variety of space cakes from Amsterdam.
Stas2k

Something similar happened in Vancouver, BC last week when a child was rushed to hospital after eating some pot-infused gummy bears.

Health Canada spokesperson Tammy Jarbeau said the agency is already considering requiring a standardized cannabis symbol on labels and banning product forms, ingredients and flavoring agents that appeal to kids. “The effects of edibles take longer to be experienced and last longer than those caused by smoking cannabis,” she said, putting users at risk of overconsumption.

She also said that because pot-infused products look like normal food, children and animals are at an increased risk for an overdose. “These two issues point to the need to control the amount of THC in edibles, as well as the need for measures to ensure that edibles are appropriately packaged and labeled.”