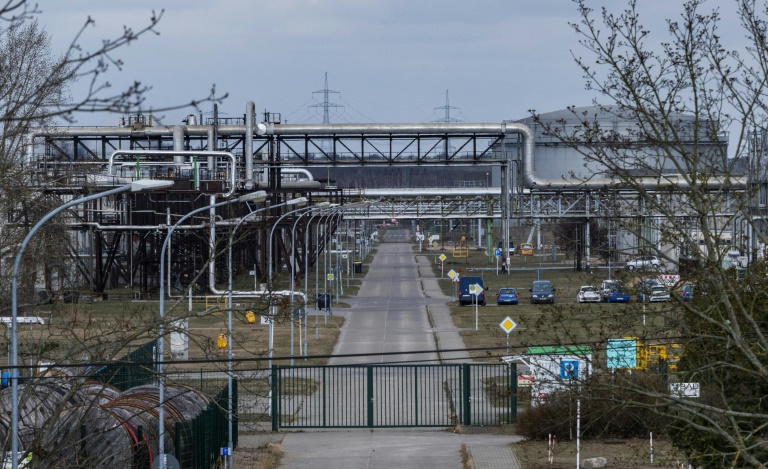 The EU is preparing to hit Russian coal with sanctions.

While European Council chief Charles Michel said Wednesday the 27-nation bloc will have to impose oil and gas sanctions on Moscow “sooner or later”, it has been reluctant to do so for now.

Here is a look at the reasons behind the hestitation:

Russia is a major fossil fuel producer, and revenue from oil and gas made up 45 percent of the federal budget last year, according to the International Energy Agency.

That’s why Ukrainian President Volodymyr Zelensky urged the EU to stop buying Russian energy so “Russia will have no more money for this war”.

Russia exported nearly five million barrels per day of oil in 2020, with half going to European countries, especially Germany, the Netherlands and Poland, according to US data.

The United States, a major energy producer, has put an embargo on Russian energy including oil.

But there is only an EU proposal to ban coal imports, although Brussels aims to reduce purchases of Russian gas by two-thirds this year.

Russia holds 15 percent of the world’s coal reserves, according to BP’s annual report on global energy.

Certain European countries like Germany and Poland are especially dependent on Russia for coal, used to produce electricity.

The trend in the EU is to move away from polluting coal: consumption of solid fossil fuels dropped from 1.2 billion to 427 million tonnes between 1990 and 2020, according to the Brussels-based Bruegel Institute think-tank.

Europeans also closed their mines but they became more dependent on imports.

But Germany plans to live without Russian coal by this autumn.

“Russian coal can be replaced because global coal markets are well supplied and flexible,” noted Bruegel.

Other major producers of coal include the US from where the EU imports 17.5 percent of coal today or Australia, representing 16 percent of the bloc’s purchases. Other options include South Africa or Indonesia.

Russia is the world’s largest oil exporter and supplies more than 25 percent of the EU’s crude, according to the EU statistics agency Eurostat.

In the first six months of 2021, Russia provided 75 percent of crude to Bulgaria, Slovakia, Hungary and Finland.

Experts also refer to the phenomenon of “communicating vessels”: Russian barrels would ultimately be sold in China, replacing those from the Middle East, which would then become available to Europe.

But Russia also exports 1.5 million barrels per day of diesel, which Europe is very fond of.

If there is an embargo, it will be necessary to find other sources of diesel, and not just crude oil. French energy giant TotalEnergies plans to import oil from its Saudi refinery.

Russia exports gas directly to Europe via a network of pipelines.

A potential embargo on all Russian energy divides Europe because some are more dependant than others, like Germany where 55 percent of its gas is from Russia.

“Russian gas deliveries are not exchangeable” and cutting them off “would harm us more than Russia”, German Finance Minister Christian Lindner said.

Baltic states stopped importing Russian gas this month and are using their reserves.

By depriving itself of Russian gas completely, Europe would struggle to replenish its gas storage for next winter.

Experts say Europe could only partly replace it by increasing imports from other countries, including liquefied natural gas (LNG) arriving by ship.

It would therefore be necessary to lower gas usage also by limiting some industries’ production.

The French Council of Economic Analysis (CAE), a body tasked with advising Paris on policy, calculated an embargo on Russian energy — gas included — would cost Germany between 0.3 and three percent of its GDP.

And “Lithuania, Bulgaria, Slovakia, Finland or the Czech Republic may experience national income falls between one and five percent,” it said.