It is clear that the impacts associated with climate change and the transition to a low-carbon economy pose financial risks to companies and investors, especially if they are not prepared. However, risk management and disclosure of climate risks can only take place when the risks are defined.

At the start of the decade, a group of leaders from business, investment and regulation formed the International Integrated Reporting Council (IIRC), believing it was possible to move businesses to a longer-term and interconnected approach, with the aim of sustaining the role of businesses to create value.

But in order to create a business model that was sustainable – the IIRC believed this required that businesses focus on long-term goals in their reporting, saying this was the key to achieving value and sustainability.

From its inception, the simple aim of the project became an overwhelming conglomeration of different, conflicting reporting frameworks that left businesses choking on the so-called “alphabet soup” of which reporting framework they should follow.

Accounting Today says “the International Trade Center identifies more than 230 corporate sustainability standards initiatives applicable to more than 80 sectors and 180 countries — all with an amazing variety of different acronyms.” 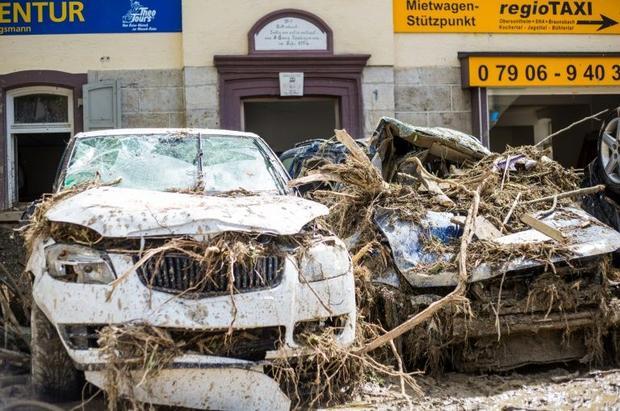 Cars were covered in mud and rubble after the floods in Braunsbach, southern Germany, on May 31, 2016
Christoph Schmidt, dpa/AFP

Aiming to fix the problem
A number of leading institutions, including the Sustainability Accounting Standards Board (SASB), the Climate Disclosure Standards Board (CDSB), FASB, the Global Reporting Initiative (GRI) – are all part of a new project led by the International Integrated Reporting Council’s (IIRC) Corporate Reporting Dialogue,

The Climate Disclosure Standards Board (CDSB) is helping lead the effort toward education and implementation of the frameworks related to climate change and sustainability issues. CDSB focuses on a specific stage of financial disclosure reporting – the integration of climate change-related and environmental information into a company’s annual report.

Mardi McBrien, the Managing Director of the CDSB told Reuters in a blog interview, while other groups, like CDP, and SASB focus on identifying what information should be reported, CDSB helps businesses in integrating the information in the context of their disclosure statement.

The CDSB Framework is used by over 400 of the world’s major companies, including Coca-Cola businesses and even NASA in its climate risk management plan.

The TCFD was asked to come up with voluntary, consistent climate-related financial disclosures that would help investors and other stakeholders in understanding material risks.

They focused on four key elements: corporate governance, strategy, risk management, and climate-related metrics and targets, in coming up with their final recommendations.

CDSB has been working very closely with TCFD, and powers the TCFD Knowledge Hub, a learning platform providing insights tools and resources to support companies in the rapid adoption of the TCFD recommendations. And the TFCD platform is gaining recognition worldwide.

McBrien says the TCFD framework is successful for three main reasons. First of all, she says, “the recommendations address a real issue: there is still a need for consistent, concise and comparable climate-related information in mainstream filings.

“Second, the recommendations come from an authoritative source: they were commissioned by the G20’s financial stability body – you couldn’t get a more mainstream setting than that,” she says. And because the TCFD is a market-based taskforce, “this means that the recommendations have been developed by the market, for the market.

“Last but not least, the language of the intended disclosures speaks to the investment community. The market operates on financial figures and making the connection between climate change and financial impacts is possibly the most straightforward way to clarify what climate change means to this audience,” McBrien says.

Being transparent and reporting on clear, comparable and consistent information about the risks presented by climate change has been voluntary, however, to better protect investors and other stakeholders, it has become essential that companies take weather-related risks into consideration when making financial decisions.