Along with its fourth-quarter earnings release for 2018, Oklahoma City-based Devon Energy plans to separate its gas-oriented Barnett shale and oilsands operations from its liquids-oriented unconventional assets in the United States, according to Seeking Alpha. The move sent Devon Energy shares up over 7.0 percent in after-hours trading.

In a press release, Devon Energy Corporation noted that: “Devon… today announced that the board of directors has authorized the company to pursue the separation of its Canadian and Barnett Shale assets to complete its transformation to a high-return U.S. oil growth business. Devon will evaluate multiple methods of separating the assets, including a potential sale or spin-off. The separation will allow the company to focus on its top-tier, high-return U.S. oil assets and is aligned with Devon’s previously announced long-term strategic plan.”

Canadian oilsands assets
The company has three oilsands facilities and some heavy oil operations in the Lloydminster area and produces on average about 131 million barrels of oil equivalent per day – representing 24 percent of the company’s total production, according to CBC Canada.

Drew Ross, with Scotia Waterhouse, told the Canadian press Devon’s move wasn’t that surprising, considering their stock was under-valued and its Canadian business was struggling because of the discounted price of heavy oil in Alberta last year.

“One of the criticisms the company was getting from its shareholders was its exposure to Canadian oilsands and in particular, the wide differential that made the business problematic from a cash flow perspective,” said Ross. “They’ve tried to pivot to the Permian and other liquids-rich plays in the U.S. I think it has been slower than the market anticipated.”

Ross added that he thinks there will be several buyers for its Canadian assets. “Those are great assets. They’ve been highly-coveted for a long period of time by existing players in the basin,” he said. 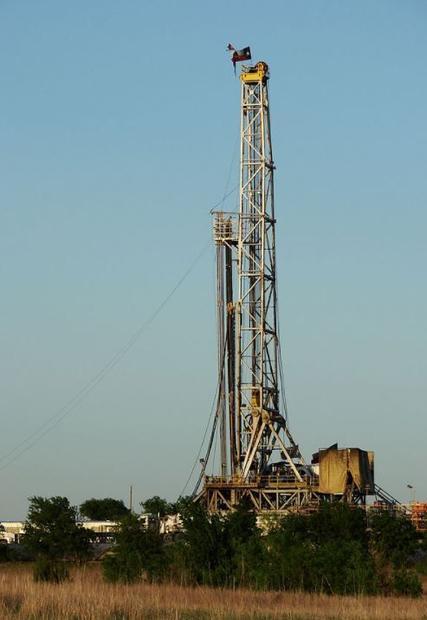 Barnett Shale assets
After buying Mitchell Energy in 2001, Devon Energy rose to become a major gas producer in the Barnett Shale. However, when natural gas prices in North America began dropping like a stone, the Barnett Shale operation became uneconomical. forcing the company to spend its capital elsewhere.

It’s not just Devon that has run into problems in the Barnett Shale. Natural gas output in the region peaked in 2012 and had fallen about 45 percent compared to the January to November average in 2018. There is also the high cash flow operation costs to take into account.