The law came into force when California Governor Jerry Brown (Democratic Party) signed a new bill. The law requires larger firms that have headquarters within the state to place at least one woman on their boards. This needs to come into effect by 2019. Then, based on the size of the board, up to three women members by 2021. The Daily Caller notes that about one fourth of publicly held companies with headquarters in California do not have even one woman on their boards of directors. 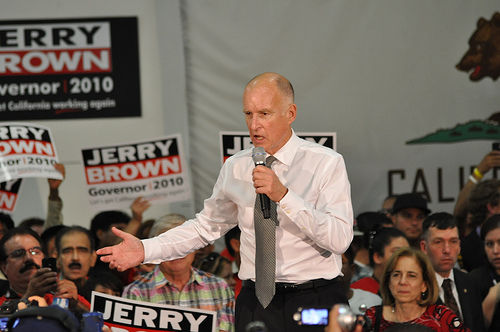 Brown outlined his reasons for the new law in a letter to members of the California State Senate: “Given all the special privileges that corporations have enjoyed for so long, it’s high time corporate boards include the people who constitute more than half the ‘persons’ in America.”

Hundreds of companies will be impacted by the new law, according to The Los Angeles Times. Those businesses that fail to comply can be fined up to $100,000 for a first violation and $300,000 for a second offence.

Commenting on the decision, Hannah-Beth Jackson, a Democratic state senator is quoted by the New York Times: “Yet another glass ceiling is shattered, and women will finally have a seat at the table in corporate board rooms. This is a giant step forward for women, our businesses and our economy.”

Not all parties are in support, however. Jennifer Barrera, senior vice president for policy at the California Chamber of Commerce stated: “It creates a challenge for a board on achieving broader diversity goals.”

In related news, on the same day as signing the bill to increase female representation on company boards, Governor Brown also signed a bill coded SB 822 on net neutrality. The bill, according to Mercury News, is designed to fill the gap remaining after the Federal Communications Commission’s repeal of the Obama-era federal regulations that prohibited Internet service providers from engaging in blocking or discriminating online traffic.

Net neutrality the practice whereby Internet service providers are required to treat all data on the Internet equally, and not discriminate or charge differently by user, content, website, platform, application and so on. Since California passed the law, the Department of Justice has sued the state. The Department of Justice states that the California law is illegal and that the state is, according to CNN: “attempting to subvert the Federal Government’s deregulatory approach” to the Internet.

In this article:Board, board members, California, Enterprise, Women