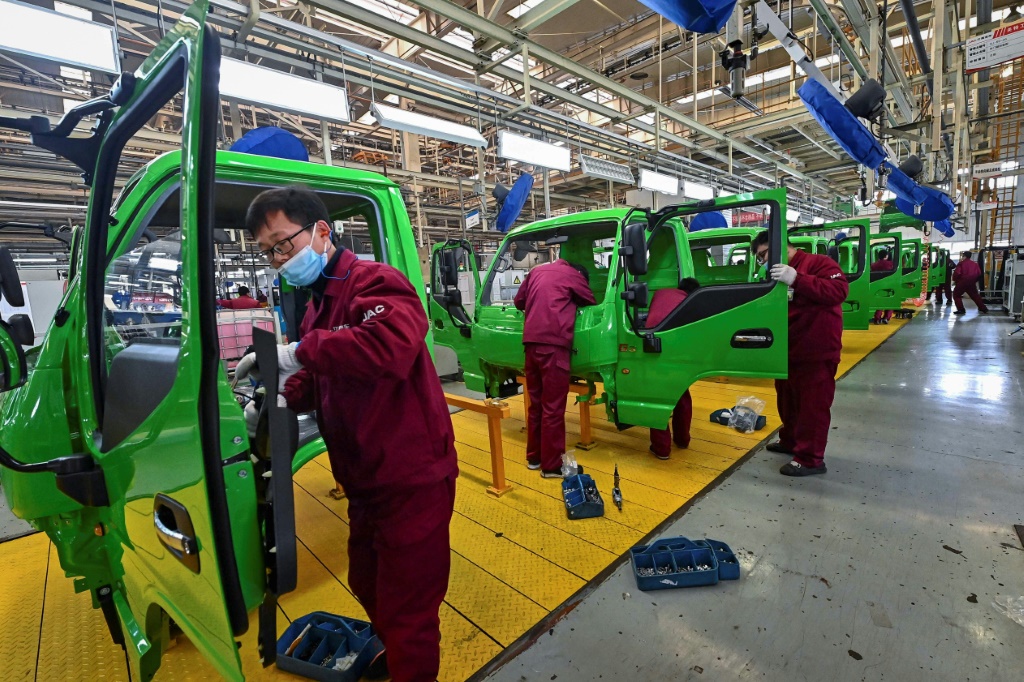 The official Purchasing Managers’ Index (PMI), a key gauge of manufacturing activity, clocked 47.4 in April — below the 50-point mark separating growth from contraction — as authorities said that a “decline in production and demand” has deepened.

The figures come as Beijing’s policy of swiftly stamping out infections with lockdowns and mass testing has been severely challenged by an Omicron-fuelled pandemic resurgence.

Dozens of cities, including economic powerhouses like Shenzhen and Shanghai, have been either fully or partially sealed off in recent months.

The inflexible approach — even as most of the world learns to live with the virus — has inflicted mounting economic pain, with the curbs snarling supply chains and leaving goods piling up at the world’s busiest container port.

National Bureau of Statistics (NBS) senior statistician Zhao Qinghe acknowledged that some enterprises have had to reduce or stop production, while many firms have reported an increase in transportation difficulties.

“The production and operation of… enterprises have been greatly affected,” Zhao said, according to an NBS statement that also noted the price indexes for raw materials remain “relatively high”.

The official non-manufacturing PMI plummetted to its lowest level since early 2020 as well, NBS figures showed, as the country braces for a muted Labour Day holiday.

On Saturday, Chinese media group Caixin released its own manufacturing purchasing managers’ index, showing a second straight month of deterioration, with the figure dropping from 48.1 to 46.0.

The Caixin survey, which covers small and medium-sized enterprises, is seen by some as a more accurate reflection of China’s economic situation than the official government figures, which more closely track the condition of large state groups.

Caixin also noted that firms expressed concerns over how long Covid restrictions would remain in place.

On Thursday, tech giant Apple warned that China’s Covid lockdowns were among the factors that would dent its June quarter results by $4-8 billion.

In this article:China, Economy, Health, Virus