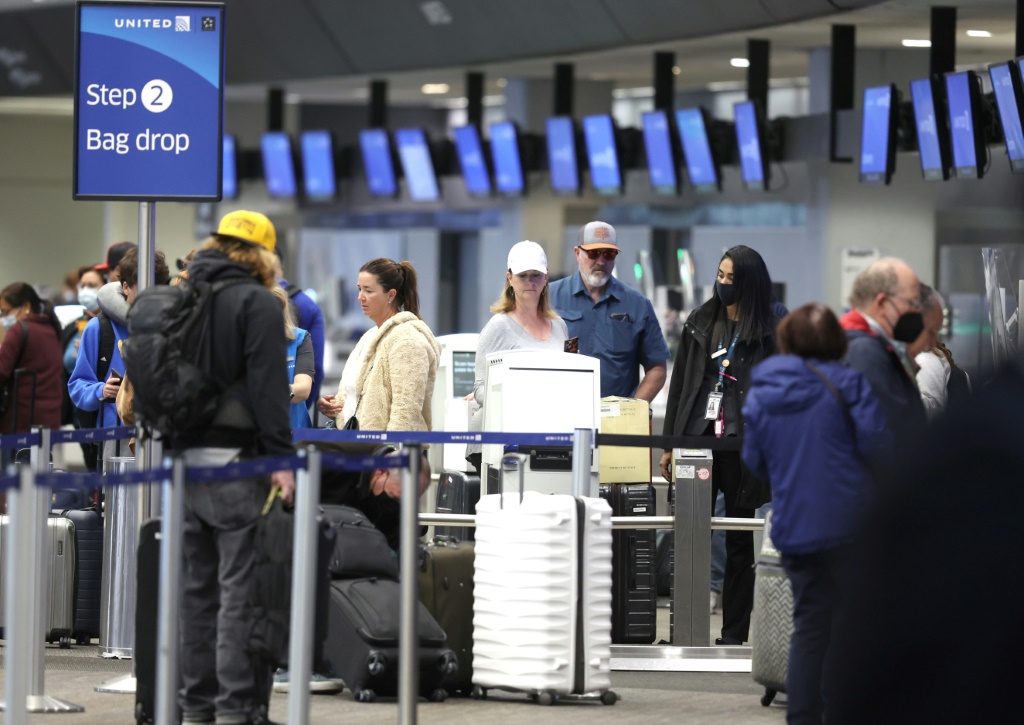 Airlines, subways and bus services across the United States moved quickly Tuesday to remove mask requirements following a federal court ruling that struck down face-covering mandates on public transportation, a hot-button issue throughout the pandemic.

Uber, Lyft and Amtrak were among the firms that announced an end to masking requirements hours after the decision was released, prompting reactions from travelers on social media.

In one clip, a Delta Air Lines pilot announcing the shift mid-flight is greeted by loud cheers. “Finally!” yells one passenger.

Less enthusiastic was Scott Hechinger, an expert in public defender law, who also heard cheers at the airport, but became increasingly alarmed during the flight.

“There is so much sneezing and coughing. And people just breathing it in. Freedom,” Hechinger tweeted.

Policymakers in Washington had decided last week to extend the federal mask mandate through May 3, but a federal judge struck that down on Monday, prompting an immediate wave of announcements from major airlines, including United Airlines and American Airlines.

On Tuesday, both Uber and Lyft shifted to a policy intended to be respectful of those who wish to continue wearing masks, while no longer requiring it.

Rail company Amtrak also changed its policy, announcing that while masks were no longer required, “anyone needing or choosing to wear one is encouraged to do so.”

One prominent transportation provider holding firm was New York’s Metropolitan Transit Authority, which will continue to require face coverings on the city’s subways and buses, a spokesman said. In Washington, the Metro bus and rail system lifted its mandate.

The changes come on the heels of Monday’s ruling from US federal judge Kathryn Kimball Mizelle who found that the mask mandate exceeds the statutory authority of the Centers for Disease Control and Prevention (CDC).

Mizelle, a nominee of Republican former president Donald Trump, issued her ruling in a lawsuit filed in July 2021 by a conservative non-profit organization called the Health Freedom Defense Fund and two individual plaintiffs.

Although the public has a “strong interest” in combating the spread of Covid-19, the judge said, the mask mandate “exceeded the CDC’s statutory authority,” and the agency “failed to adequately explain its decisions.”

White House Press Secretary Jen Psaki called the ruling a “disappointing decision,” but it was unclear whether the Biden administration intended to appeal — as some public health advocates have urged.

Mask requirements have been a contentious topic throughout the pandemic and have proven particularly nettlesome on planes, where there has been a sharp uptick in assaults of flight attendants.

Flight attendants have been divided on whether to maintain the rule, Sara Nelson, president of the Association of Flight Attendants union said on CNBC Tuesday.

“There’s absolutely a sigh of relief from flight crews, but there are also people who are really concerned,” said Nelson, adding that the union did not take a position on whether to extend the mandate.

“It’s about time,” said Graves. “This hypocritical and overreaching mandate was never about health or science, since mask mandates were gone practically everywhere else. It’s time for this mandate to go once and for all.”

But Tatiana Prowell, an oncology professor at Johns Hopkins University School of Medicine, said she was hearing from those who are immunocompromised and others with cancer.

“In addition to wearing N95 masks, I’m advising them to travel on less popular days/times if possible during the pandemic for fewer crowds,” Prowell said on Twitter.

In this article:Airlines, covid, Health, Masks, Politics, US, Virus