The plain white package is a far cry from what marijuana growers and retailers were expecting after lobbying for rules that would allow for clear branding of their products.

According to David Clement, the North American affairs manager at Washington, D.C.-based lobby group, Consumer Choice Center, Health Canada’s proposed packaging guidelines could threaten the choice and safety of consumers because they make it more difficult to make an informed decision, reports The Georgia Straight.

“Marketing is a very important tool for signaling certain things to a consumer,” he told the Straight by phone on Tuesday from his office in Oakville, Ontario. Clement mentions the lack of a product description or branding on the packages. 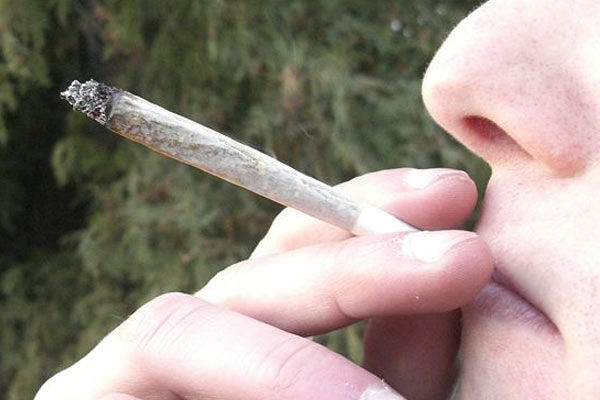 He adds that for consumers new to smoking marijuana, they won’t know anything about the differences between brands or in the strains being used.

“It’s an important reason to get it right now: We don’t want consumers entering the cannabis market for the first time and not knowing what they’re doing,” he said. “It’s going to be very difficult for them to know what suits their needs.”

A problem for the marijuana industry
Marijuana Business Daily also points out that the stiff packaging requirements will make it more difficult for legal producers to carve out a market share from the black market, once the recreational use of cannabis is legalized this summer.

“The central objective of legalization is to replace the vast and sophisticated black market with a regulated and safer one,” Aurora Chief Corporate Officer Cam Battley told BNN.

“By restricting our branding and treating us more like tobacco than beer and liquor, that will hold us back from being able to establish the brand. We’ve got to take a more rational approach to this and be more scientific.” 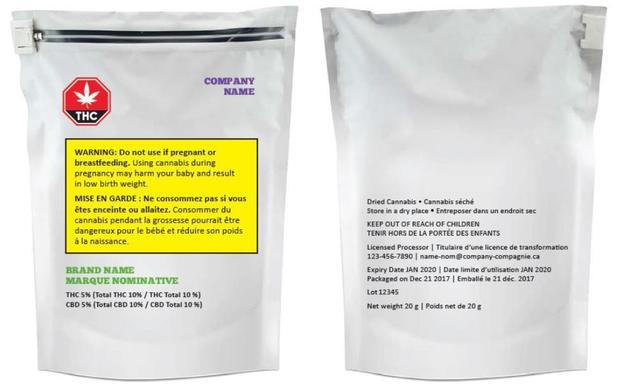 Example of a front and back panel using a white background.
Health Canada

Health Canada’s proposed regulations on packaging
Health Canada went through a lengthy process in formulating the proposed regulations. This involved 3,218 responses to an online survey and 450 written responses. Additionally, 192 interested parties participated in roundtables and 343 interested parties participated in webinars, as individuals or experts or as representatives of organizations or associations.

Basically, the real complaint about the packaging seems to be centered on the marijuana companies being restricted in the advertising of their product, either in having a bigger company logo or some sort of interesting label design. The Motley Fool points out that for years now, tobacco companies have been restricted on what they can put on cigarette packaging, and they are doing just fine.

Looking at cigarette packaging and comparing the information against what will be required on a package of marijuana, it is obvious that the marijuana package gives the consumer all the information they need to make an informed choice.

However, Clement argued that given the dangers of alcohol, the restrictions imposed on cannabis are, by comparison, far too strict. He also says that standardized packaging could make it easier for black marketeers to create products that appear to be legal.