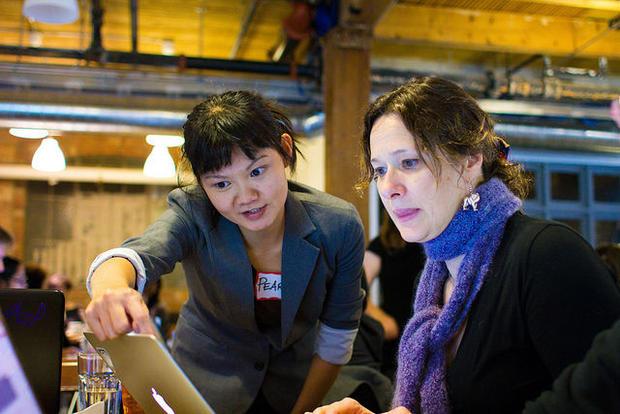 Reducing workplace bias against women is a central theme of the 2022 International Women’s Day. This is seen as central for encouraging women to enter the workplace and join fields that have historically had a disproportionate number of men.

To get to the root of the problem, biases need to be tackled by refreshing organizational culture. This is not straightforward and it takes time, such is the dominance of wider societal culture.

How might this be tackled? Offering her thoughts to Digital Journal is Catherine Qu, Vice President of Growth Marketing, at the company Imply.

Qu sees bias as something we are socialized to think is normal so efforts need to be made to challenge such assumptions. She states:  “I fully support and agree with this year’s International Women’s Day theme of #BreaktheBias. While it’s human nature to have biases, it’s something I strive to be cognizant of and sensitive to—especially as a minority woman.”

Expanding on the theme of bias, Qu says: “You will find biases wherever you go, so it’s important to learn how to spot them and overcome them.”

In terms of challenging this, Qu recommends: “One-way women can accomplish this is by speaking up. For so long, women have relied on the quality of their work to speak for them, but that’s an outdated way of thinking. In today’s world, women need to be forthright, direct and confident talking about their accomplishments and acting as a self advocate.”

She also proposes: “In addition, women should seek champions who believe in them and will speak highly of them to others. Also importantly, women should keep an eye out for each other. If you see a woman trying to speak up in a meeting but being ignored, say something about it and make sure that woman is provided the opportunity to share her thoughts.”

Qu continues: “In the technology industry, I do see improvements being made, and there are certainly actions women can take to create our own change.”

Qu’s advice is for women who are already established in male dominated fields to reach out to new female recruits and to engage with them: “Be a mentor to the younger women in your organization, and seek out mentors who can be your champions.”

It is also important to outreach and to connect with students and other young people. Qu suggests to women in the technology industry: “Get involved or support organizations that are focused on empowering and educating women such as Girls Who Code or Women in Tech. By working together, women can create the future we want to see now.”