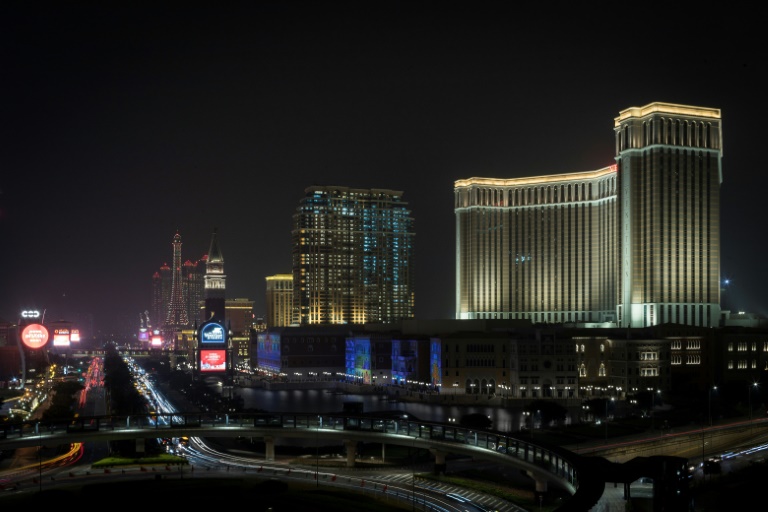 Asian markets sank again Wednesday, tracking another sell-off on Wall Street, as figures indicating US consumer inflation slowed last month were unable to overcome concerns about the impact of the Delta variant on the global recovery outlook.

After a bright start to the month, equities around the world have gone into reverse in recent sessions as confidence is shaken by the virus with a number of countries seeing a worrying jump in new cases that have forced some, including China, to reimpose tough containment measures.

Investors are also having to grapple with a range of other issues including Federal Reserve plans to taper monetary policy, China’s regulatory crackdown on private enterprises and a possible default by Chinese property giant Evergrande, which is teetering under debts of more than $300 billion.

Data Tuesday showing US consumer prices rose last month at a slower pace than expected soothed concerns that inflation could force the Fed to begin winding down its market-supporting policies earlier than thought.

The reading had taken on particular importance after producer prices — what firms pay at the factory gate — hit a record high in August owing to rising demand and tighter supplies.

The figures showed a slight dip, appearing to back up Fed officials’ insistence that the sharp rises were temporary because of the reopening and short-term supply issues.

But US investors shrugged at the news and sent all three main indexes into the red.

Analysts pointed out that the easing came on the back of concerns about the spread of the Delta variant, which is sending infection rates surging. That led to a sharp drop in airline fares, while used car sales — a major cause of recent inflation spikes — also fell.

However, National Australia Bank’s Rodrigo Catril said: “There are still many factors suggesting inflation is unlikely to ease significantly. Inflation remains strong for food, housing and other goods.

“The decline in airline fares and hotel room rates are likely to reverse as the Delta wave fades.”

While noting that the print would ease pressure on the Fed to tighten policy, he added that “debate on higher US inflation has not gone away and next year the big focus will be to what extent the expected rise in wages will deliver longer-lasting upward pressure on prices”.

A taper in November or December still looked likely, he said.

And Dana D’Auria, of Envestnet Inc, told Bloomberg Television: “It is hard to argue at this point that (inflation) remains entirely transitory.

“You couple that with the fact that there are still all these supply shocks that we are still working through. I think the markets are going to have to feel the pain.”

Asian markets were under pressure in the morning session.

Hong Kong was among the losers, with Macau casino operators collapsing as they became the latest to fall into China’s regulatory crosshairs.

On Wednesday, the Macau government unveiled plans to tighten control over the industry, with recommendations including reviewing the number of concessions it issues, putting representatives on the boards of operators and criminalising underground banking in the industry.

The news comes as the firms were already struggling owing to the impact of the coronavirus on tourism to the city, which usually rakes in more money in a single week than Las Vegas makes in a month.

Meanwhile, observers said the selling in September was not much of a surprise.

“September is the only month in the calendar year with historically negative returns if you look back 50 years or more,” said markets strategist Louis Navellier.

“That’s not a guarantee, as some Septembers have been great, but the long-term trend suggests that we should be on the lookout for sell-offs in Septembers.”