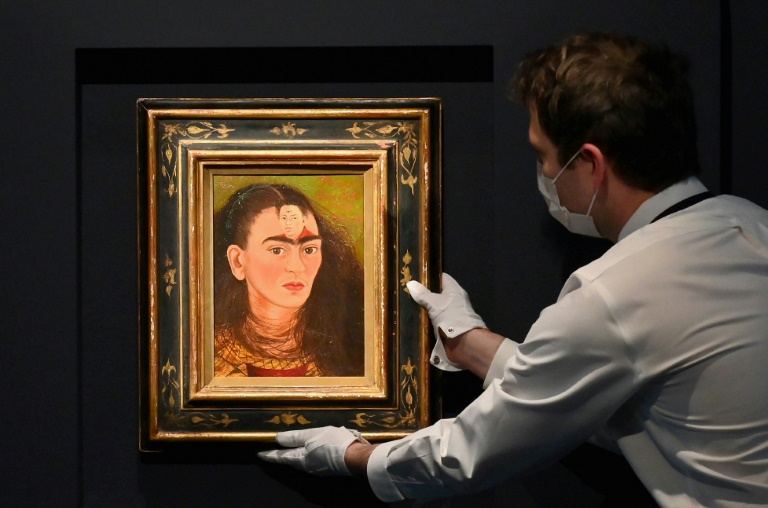 Art auctions saw a record year in 2021 with $17.1 billion (15.6 billion euros) in sales as the market continued its rapid growth in Asia and recovered from its coronavirus slump, experts Artprice said Monday.

The figure marked a 60-percent increase on 2020, when sales were hit by the initial disruption of the Covid-19 pandemic, and 28-percent compared with 2019, according to the firm’s annual report.

“The global art market regained much of its customary dynamism, and a whole lot more as well,” the report said.

It was boosted by a number of big-name auctions such as the $45-million Botticelli and $34.9-million Frida Kahlo sales in New York.

There was also the landmark moment when digital artist Beeple sold a NFT for $69 million, the third-highest figure ever paid for a living artist.

Most NFTs are sold on crypto-exchanges (Ethereum alone sold some $40 billion of them last year) that do not qualify for Artprice’s monitoring of “regulated auctions”.

But it still counted some 300 traditional auctions of NFTs, worth $232 million in all, putting the medium ahead of photography.

“The health crisis accelerated the art market’s digitisation — 87 percent of the 6,300 auction houses that we follow now have a back-office dealing with online sales,” Artprice president Thierry Ehrmann told AFP.

Contemporary art — counted as anything created after 1945 — accounts for a growing share of sales, with 20 percent of the market, up from 3 percent in 2000.

China, with $5.95 billion or 35 percent of all sales, now counts the world’s largest art market.

The United States, on 34 percent, was pushed into second place, though its market is still more diversified, selling more artworks at a lower average price compared with China.

South Korea has seen rapid growth — entering the top 10 with $237 million in sales, up from $58 million before the pandemic.

The effects of Brexit and competition from Hong Kong were felt on Britain’s art market, which saw sales drop 10 percent on 2019 to $1.99 billion.

“Hong Kong is increasingly asserting itself on the global chessboard and competing directly with the English capital,” Artprice said.

An increasingly active market also means fewer items are being left unsold. A record-low 31 percent of items did not find a buyer in 2021, compared with traditional levels between 34 and 39 percent.

Gerhard Richter and Banksy remain the best-selling living artists — some 1,186 Banksy artworks were sold in 2021 for a total of $206 million.