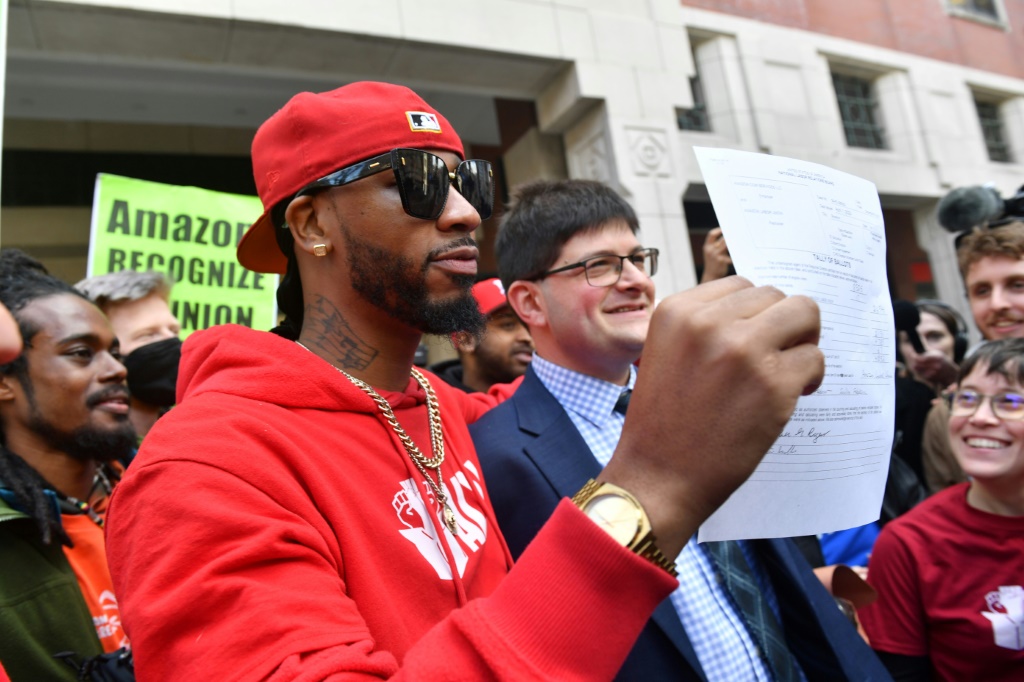 Leaders of the Amazon unionization campaign have heard from workers at some 100 other company facilities following last week’s upset election win in New York, the union’s president said Friday.

“We are witnessing a revolution,” Christian Smalls, president of Amazon Labor Union, said a week after the election at the JFK8 warehouse in Staten Island established the first union at a US Amazon facility.

Friday’s 90-minute event — part pep rally, part press conference — had a celebratory feel as Smalls and other leaders of the upstart union dismissed Amazon’s objections to the Staten Island vote and cheered a nascent campaigns at other Amazon facilities.

“All 50 states have contacted us, even overseas,” said Smalls, who plans a national conference call in May to share election tips with workers from other sites.

Amazon has signaled plans to fight the Staten Island result, telling the National Labor Relations Board it will file “substantial” objections to last week’s election based on alleged problematic election conduct on the part of the union and the board’s officials.

The union has dismissed the Amazon statements as a stall tactic, with Smalls calling the allegations “trash.”

Smalls said he and other leaders in the New York campaign were willing to travel to other parts of the United States to assist organization and election drives.

He cited Starbucks as an example for growing a national movement.

More than 180 Starbucks cafes have seen unionization campaigns after a pair of cafes in upstate New York voted to unionize in December.

In this article:Amazon, Labor, Labour, Retail, unions, US