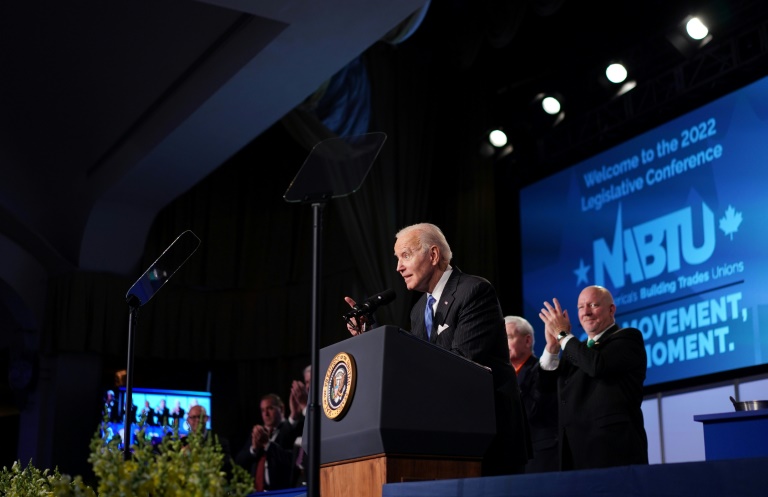 President Joe Biden sang praises for organized labor once again Wednesday, hailing last week’s triumph by union backers at Amazon as a sign of what is possible throughout the United States.

“That’s what unions are about in my view, by providing dignity and respect for people who” work hard, the US president said during a speech to a construction workers union.

The Democratic president, a self-professed “union guy,” alluded to his White House task force on union organizing to “make sure the choice to join a union belongs to workers alone,” Biden said.

The remarks came after Friday’s landmark ballot in which workers at a New York warehouse voted to establish the first  US union at Amazon.